The Best Trance Classics Of All Time - Trance Legacy

Like many genres within the electronic music scope, trance music has a huge list of classics. In fact, there are so many you probably don't even know where to start. To help you out, we've highlighted ten timeless trance songs from our 24-track ‘Trance Legacy’ vinyl album. That way, you can easily get a taste of the tracks that shaped the genre into all it is today.

Have a look below, listen to the Spotify player on the left or just grab the vinyl album for instant access to some of the best trance tracks ever made, from pioneers such as Above & Beyond, Armin van Buuren, Chicane, Ferry Corsten, Lange, Solarstone and more!

Veracocha – Carte Blanche
Already twenty-three years old at the time of writing, Veracocha’s 1999 single ‘Carte Blanche’ is a no-brainer to put on any trance classics shortlist. Flaunting a super-recognizable piano chime and main melody, the song was produced by Ferry Corsten and Vincent de Moor, who are widely regarded as two of trance music’s most seminal artists.

System F – Out Of The Blue
Ferry Corsten is keeping ‘m coming, this time with ‘Out Of The Blue’ under his System F moniker. The track, which was released as a single in 1999 and went on to spearhead System F’s debut album (2001) as its title track, was fairly recently voted #46 in the all-time A State Of Trance Top 1000 list. That’s how popular this track still is.

Armin van Buuren – Communication
Already mentioned in ‘Twenty Trance Classics From Armin van Buuren That Can’t Be Forgotten’, ‘Communication’ is often considered the breakthrough track of the five-time #1 DJ in the world. Originally released in 1999, the track’s iconic melody has since been revamped countless times, by Armin van Buuren himself (in 2007’s ‘Communication Part 3’, for instance) and remixing artists such as AVIRA.

Chicane feat. Moya Brennan – Saltwater
Of course, ‘Saltwater’ by the legendary Chicane. Chicane already scored a massive hit in 1997 with ‘Offshore’, and then dropped ‘Saltwater’ two years later. The track, which features the vocals of Irish singer-songwriter Moya Brennan (or Máire Brennan), ended up at #6 in the UK Singles Chart and remains one of Chicane’s most beloved classics to date. It’s also included in one of our earlier articles: ‘The 100 Best Vocal Trance Classics (1997-2011)’!

Binary Finary – 1998 (Paul van Dyk Remix)
Whilst Binary Finary’s ‘1998’ counts as a classic in its own right, we opted for this remix from none other than trance legend Paul van Dyk. The uplifting nature and steady progression of Paul van Dyk’s version is – to countless fans – just how trance music should be.

Solarstone – Seven Cities (Solarstone’s Atlantis Mix)
If you truly want to get lost in the music, this 1999 version of Solarstone’s ‘Seven Cities’ is your go-to record. The track was produced by Rich Mowatt and Andy Bury, claimed #39 in the UK Singles chart and even got remixed by Armin van Buuren a few years later, whose 2002 version made it to the UK Singles chart as well. Melodic brilliance from start to finish.

Jurgen Vries – The Theme
‘The Theme’, produced by British producer Darren Tate under one of his many monikers, is an anthemic as its title implies. The lead synth riff gets listeners time and time again, especially when it drops in unison with the rolling bassline. This is one of those classics fans go nuts to every time it gets played on stage.

Gouryella – Gouryella
Whenever the term “uplifting trance” pops up in conversation, this is the track that instantly becomes top of mind. Produced by Tiësto and Ferry Corsten before the former left the Gouryella project under Corsten’s custody, this eponymous single became a huge hit in 1999, even landing a spot in the Top 15 in the U.K.

Lost Witness – Happiness Happening (Lange Remix)
This one’s also featured in our article containing ‘The 100 Best Vocal Trance Classics’, and for good reason. Whilst the original single from Lost Witness also achieved great success, including this remix is our way to pay homage to British DJ and producer Lange, who has been one of trance music’s pioneers. We recommend checking out his track ‘Drifting Away’ as well, which is also part of the Trance Legacy album. 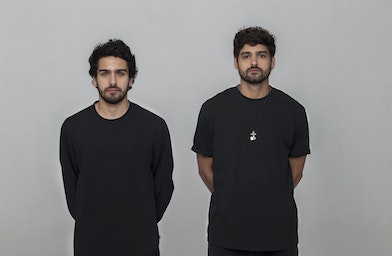