Whether under his main moniker or under the guise of M6, Mark Sixma has spent the past fifteen years as a pivotal figure within the trance scene. The Dutchman showcases his impeccable taste in music with every track he puts out, teaches music production and even launch his own preset pack for music producers. All that makes him the perfect candidate to select the Top 10 trance tracks of 2021.

10. Beatsole vs Stefkoo & CEA – 2008
Anthemic trance at its finest. Beatsole, Stefkoo and CEA’s collab takes me right back to the 2005-2010 era of trance, which was a very exciting time for me as I had just started putting out my own records. This one would’ve definitely been in my DJ bag and a highlight in my sets, just like it is today!

9. Alex Sonata & TheRio - Are We Dreaming
Alex Sonata & TheRio have been on fire this year, so I had a hard time picking my favorite track of theirs. It was a toss-up between this one and ‘State Of Mind’, which I featured on the ‘Elements II’ compilation. In the end, I decided to go with ‘Are We Dreaming’ because of the amazing melody and chord progression in the breakdown. I love that they’re blending different styles with trance and can’t wait to hear what they’ll bring to the table next year.

8. Cosmic Gate & Mike Schmid - Summer Wonder
This year, Cosmic Gate has been experimenting with their sound quite a bit. They’ve released some excellent progressive tracks, but when I heard ‘Summer Wonder’ for the first time, I got instant goosebumps. Mixing a catchy vocal with that typical, warm Cosmic Gate trance sound just works every time!

7. W&W x Martin Jensen feat. Linnea Schossow - Greece 2021
Take a classic trance anthem, inject it with some of W&W’s signature big room energy, mix in some Future Rave flavor and a set of great atmospheric vocals and you’ve got yourself a banger. ‘Greece 2021’ will work wonders at festivals (if they’re allowed).

6. Mark Sixma pres M6 & ReOrder feat. Sydnee Carter - Crash
When I received the special vocals for this track, I knew they would work wonders on a euphoric, uplifting trance track. My buddy ReOrder already did an amazing job remixing two of my tracks, so I figured it would be perfect to bring him on board for this one as well. He worked his magic and we combined our styles, which seemed to fit perfectly. Soon after, ‘Crash’ was born. The first time I played it live was at ASOT in Amsterdam. That was definitely one of the highlights of my year.

5. KhoMha - Earthshine
Whenever I play this track, it just makes me smile. It has the quality to turn a bad day into a good one by reminiscing the good old days and looking ahead to a brighter future. As the second track on my ‘Elements II’ compilation, it really defined the direction of the mix. Absolutely love it!

4. Veracocha - Carte Blanche (Ilan Bluestone Remix)
I think everyone and their moms played this modern version of Veracocha’s ‘Carte Blanche’. Like his remix for ‘Out Of The Blue’, ilan Bluestone managed to respectfully rework one of trance music’s biggest classics. Staying close to the original and mixing in his own signature sound resulted in a track that’ll stay on my DJ USB for a long time to come!

3. Armin van Buuren & AVIRA - Sirius
To state that Armin van Buuren has had a productive year is the understatement of the century, and the same goes for his collaborator AVIRA. These guys have been on fire all year long, delivering smash after smash. So it might sound weird when I say that ‘Sirius’ took me by surprise, but it definitely did! Reworking a track by the Alan Parsons Project is no small feat, but they managed to make it sound like this is what the original was supposed to be.

2. Maddix - Activating
While Maddix is mostly known for his big room bangers, his sound has evolved a lot over the last two years, embracing techno, rave and trance influences more and more. He’s been kicking some major butt, and ‘Activating’ is a prime example of that. I believe this guy is one of the pioneers of a new movement and can’t wait to hear what else he has in store for us!

1. Ørjan Nilsen & Mark Sixma - Pantheon
I might be a bit biased, but I absolutely love my collab with my favorite Viking, Ørjan Nilsen. We have played so many festivals and B2B sets together over the years, and even played together at a wedding. I can’t even remember how often we said to each other we’d have to do a collab soon, but the stars finally aligned this year. And the process was… well… hilarious! We would exchange ridiculous voice notes that almost accidentally (or not?) ended up in the track. It definitely brought back some of the fun and silliness that was there when I started making music for the first time, though I hope you’ll agree that the music sounds a lot better this time around! :)

Can't lose that feeling of euphoria? Dig into our Trance 100 playlist via the Spotify player to the left or by hitting the button below. 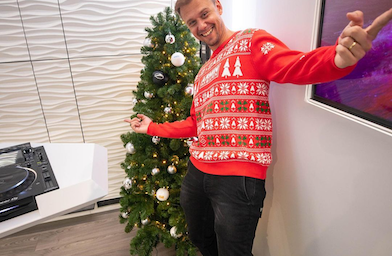 The Best Dance Songs For Christmas 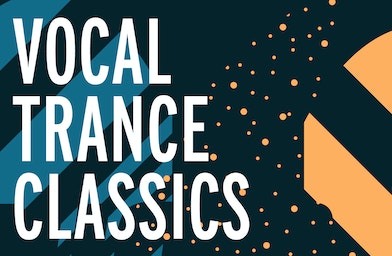