If Armin’s latest collab with Blasterjaxx, ’Tarzan’, got you excited, you’ll probably adore his new track with Italian talent Jamis too. Get ready for this exclusive sneak preview of ‘Boom Boom’ by Armin van Buuren & Jamis.

The two are no strangers to one another as Jamis has been featured on the fourth ‘Balance’ remix pack as well as Armin's 'Balance (Remixes)' album with his remix of 'Waking Up With You'! Now the two finally collaborated on an original.

ABOUT JAMIS
The Italian DJ and producer is a promising talent in dance music. Over the years he’s been supported by major artists such as Tiësto, Armin van Buuren, David Guetta, Dimitri Vegas & Like Mike, Sunnery James & Ryan Marciano, Bob Sinclar, Chuckie, Fatboy Slim, W&W, Fedde Le Grand and many more. His music is a blend of tribal and edm with moombathon contaminants.

ABOUT ARMIN
The Grammy-nominated Dutchman is one of the most influential figures in EDM worldwide. For more than twenty years, Armin has been living to the rhythm of his own international success. His five-time number one position in the critically acclaimed DJ Mag Top 100 DJs poll has been the result of his loyalty to fans, his creativity in the studio, the perseverance with which he hosts his weekly radio show ‘A State of Trance’, and the energy he brings to the crowds in front of him.

Want to be the first to listen to the full track? Make sure to hit the pre-save button below. 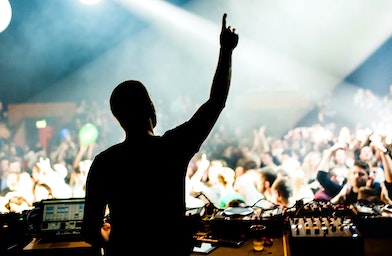