Deep House music has long been one of the most popular and fastest growing genres within dance music. But since its name is being used to describe several different musical styles, you might find that opinions vary on what actually classifies as Deep House. Here, we’ll be giving you an honest and clear overview and help you take the first steps toward learning all about Deep House music.

THE HISTORY OF DEEP HOUSE MUSIC

The first forms of Deep House are actually quite different from the Deep House music of today, though opinions on the origin of the genre seem to vary. Some would say Deep House music originally emerged as a sub-genre of House music in the '80s, fusing the core elements of Chicago House with Jazz, Funk, Soul and even a bit of Gospel. The rise of electric pianos and synthesizers too played a part in the inception of the genre, mainly because those sounds played a major part in the first records that were - or could have been - labeled as Deep House.

According to this theory, the early days of Deep House were spearheaded by a lot of Chicago House producers gone rogue, all of whom tried to create something different and unusual. Several sources name the likes of Frankie Knuckles, Larry Heard and Marshall Jefferson as the genre’s pioneers, with each of them cooking up at least a few Soul and Deep House flavored tunes as a side dish to the dark club stompers they usually stirred up the pot with.

Others are convinced that Deep House as a genre emerged around 2006 in the period after minimal house (and before U.K. house) via Solomun and his Diynamic label, which he co-founded in Hamburg in 2006 in tandem with Adriano Trolio. In addition to Solomun, key names for this brand of deep house include Kollektiv Turmstrasse, Maya Jane Coles, Kruse & Nuernberg and Tube & Berger, and labels such as OFF Recordings and Kittball.

The Deep House music of today may not sound the same as the Deep House of the early '80s or the form from 2006, but they do share a lot of characteristics and key elements. Though one can hardly point out an exact period of time when this new form of Deep House music started popping up, it’s safe to assume that the genre has simply evolved and adapted to the commercial trend most music seems to follow nowadays. We’ll expand on that a bit more in the section about the sound and characteristics of Deep House, but it definitely became more pop sensible. With new artists sprouting left, right and center via new platforms such as YouTube and Soundcloud, Deep House became synonymous with the more commercially oriented vocal house. Artists such as Bakermat, Klingande and De Hofnar rose to prominence because of it, as did Robin Schulz (through his remix of Mr. Probz’s ‘Waves’), Alle Farben and Lost Frequencies (whose music some would even lightheartedly refer to as “campfire house” due to its organic and acoustic guitar elements).

Want to dig deeper into the history of electronic music? Read or bookmark our ‘The History Of Dance Music’ article.

For this small list of classics, we’re looking at the “reportedly original” Deep House sound as spearheaded by dance music pioneers such as Larry Heard (Mr. Fingers), Kerri Chandler and Ron Trent. It’ll give you a good sense of where it all started and what its sound was back in the days, and you can compare these to the music in our Deep House Hits playlist so you can hear the difference between the old and the new. You can always decide for yourself which sound you want to tag as Deep House.

THE SOUND AND CHARACTERISTICS OF DEEP HOUSE MUSIC

Due to the continued evolution of the genre throughout the past decade, a spot-on definition is lacking. In general, however, Deep House music is often labeled as a downtempo and more delicate rendition of House music. The music focusses strongly on the atmosphere of a track and the warmth drawn from its Soul and Jazz influences, shuffling rhythms and – naturally – a deep bass. It generally ranges from 110 BPM to 124 BPM.

Nowadays, Deep House frequently crosses over into the realm of pop music, mainly because its surge in popularity made it more viable for mainstream music consumption. In this case, it adopted a more classic pop arrangement and often features acoustic instruments (Lost Frequencies’ signature guitar strums, for instance) and rich vocal performances, bridging the gap between mainstream radio and the relaxing vibe that has been prominent in Deep House since the very beginning.

With our presence reaching far across the electronic music spectrum, we’ve been able to release quite a bit of Deep House music, mostly via our Armada Deep and The Bearded Man imprints.

The playlists to the side of this blog will give you a nice idea of the kind of Deep House tracks we like and release. You can also browse through our entire Deep House catalog here (or by pressing the below button).

Due to its swift rise and surging fan base, Deep House music quickly became a staple in electronic music’s party culture. More and more festivals and events jumped the bandwagon, making it possible for Deep House to shed its 'underground' skin in favor of the bigger stages and festival grounds. We’ve listed five Deep House events and festivals below. They may not feature Deep House exclusively, but we’re sure you’ll get your fair share of Deep House extravaganza there!

The BPM FESTIVAL
Having started the new year at Playa Del Carmen in Mexico, The BPM festival is what some will lovingly refer to as Deep House paradise. And the best thing is, they wouldn't be exaggerating. The festival often reels in a number of beloved names from the underground scene, from Solomun, Joris Voorn and N’to to Luciano, Dixon, Carl Cox and many more.

SONAR FESTIVAL
Sonar Festival in Barcelona could well be the best-known Deep House festival in this list. With big venues, inspiring conferences and insightful seminars, Sonar is an annual highlight for countless Deep House fans. Sonar harbors a broad range of DJs and live acts performing on label showcases and local parties.

PARKLIFE FESTIVAL
Another one of the great Deep House events is Parklife Festival in Manchester. The U.K. weekender is extensive to say the least, representing tons of different artists from Disclosure to Hot Since 82 and more. If you don't mind a bit of mainstream music mixed in with those Deep House vibes you love, this festival is a must-attend.

DEKMANTEL
Dekmantel is a Dutch Deep House festival with tinged of Techno mixed in. If you get excited by hearing the distinctive vibes of Nina Kraviz, Ben Klock and Ricardo Villalobos, you’ll be having the time of your life at the Amsterdam-based event. With four amazing stages, Dekmantel attracts fans from all around the world.

DGTL FESTIVAL
Amsterdam’s DGTL Festival, which is also hosted by a Dutch organization, is one of the main underground festivals in modern-day electronic music culture, with offshoots in Barcelona. Between calling a former ship wharf their home and slotting in the likes of Maceo Plex, Paco Osuna, Ame, Joseph Capriati and De Sluwe Vos, no other words are needed to explain why this event has been gaining plaudits on an international scale.

Want more deep house music in your life? We recommend the Deep House Hits playlist! You can also listen to the various playlists featured in this article, or you can hit the button below to browse all of our deep house music releases, old and new! 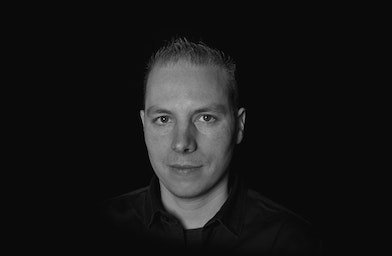 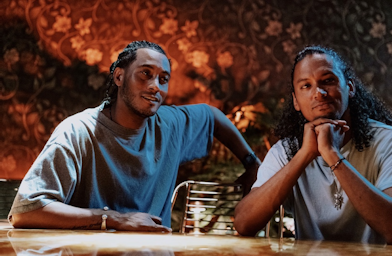 Sunnery James & Ryan Marciano Follow Up On ‘Summer Thing’ With New Single: ‘Without Ya’ (With Olivia Sebastianelli)