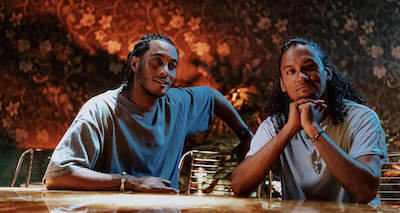 Sunnery James & Ryan Marciano Follow Up On ‘Summer Thing’ With New Single: ‘Without Ya’ (With Olivia Sebastianelli)

September 3, 2021 – Sunnery James & Ryan Marciano know like no other how to create incredibly infectious records, a skill underlined by the recent release of ‘Summer Thing’ alongside Dragonette, Cat Dealers and Bruno Martini. And now, shortly after dropping ‘Amanzi’ (with Heavy-L and Just Bheki) as the first single off their upcoming debut album, the Dutchmen up the ante once more with their latest creation: ‘Without Ya’ (feat. Olivia Sebastianelli).

A song about trying times and inner strength, Sunnery James & Ryan Marciano’s brand-new collab with London-based songstress Olivia Sebastianelli retakes control after a mismatch in love. Juggling club-centric beats with empowering vocal passages and hopeful piano chords, ‘Without Ya’ is an anthem for those looking to break away from a relationship that won’t ever work.

Sunnery James & Ryan Marciano are the archetypal mainstays of the dance music scene. With almost two decades of scene experience under their belt, they’re enjoying global success with songs such as ‘Savages’ (19 million streams), ‘Life After You’ and recent addition ‘Summer Thing’ (with Dragonette, Cat Dealers and Bruno Martini), are cultivating their trademark sound through their own SONO imprint and frequently travel the world with their Sexy By Nature concept, which has a radio show spinoff that reaches millions of dance music fans on a weekly basis. Coupled with pre-COVID headline slots at the world’s biggest festivals (e.g. Tomorrowland, Ultra Europe and Balaton Sound), the Amsterdam-based duo are undoubtedly amongst the most consistent and prolific House acts of the moment.