The 10 Best House Tracks Of All Time – According To ATFC

A genuine House tastemaker in his own right, ATFC is no stranger to the grooves that make people move. Having created some of the genre’s most exciting tracks of the past twenty years, the U.K.-born DJ and producer grew up at the height of the House era and now shares with you (and us) his view on the ’10 Best House Tracks Of All Time’. If you want to know what the genre’s classics are according to a bona fide House music mainstay, this is where to find them!

#10 Supermen Lovers – Starlight
‘Starlight’ is one of my end-of-night tunes that never really got the attention it deserved but somehow everyone always knows. I think it was featured in a car advert, so that may be why. It’s a great singalong tune that is perfect for when the lights go up in the club and everyone leaves singing it aloud.

#9 Gat Décor – Passion (Grant Nelson Remix)
Grant Nelson was a major influence for me when I was starting out producing, and Michael Watford is probably my favourite male House vocalist. This remix gives me goosebumps whenever I play it. I think the story is that Grant was working with Michael while simultaneously finishing this remix, and he asked him to vibe on it. The original never did much for me, but Grant smashed this in his imitable UK House style of the time.

#8 Rhythim Is Rhythim – Strings Of Life
Another 12” that I bought at a legendary record store in the ‘80s. Jazzy M owned Vinyl Zone in Hammersmith, London, and it was an essential destination for House Imports from the U.S. Although I was a firm Hip-hop lover at the time, I would pop in to see if Jazzy had anything that could convert me, and I bought this the day it arrived. Of course, I had no idea of the classic it would become.

#7 Lil Louis - French Kiss
Another record that you'd hear all over the club scene regardless of style. It’s one that should be restricted to specialist techno dark rooms on paper, but thanks to its provoking breakdown and innovative 'slow-down', it gained fans right out to the holiday resorts of Turkey and beyond, where I first heard it. I stupidly sold my original copy to the local DJ in return for free drinks the next night…

#6 Marshall Jefferson – Move Your Body
Another one on DJ International and arguably the record that put House music on the map. No Top 10 would be complete without it. I actually spent my first real session in the studio with Marshall in 1992 when he came to visit Bournemouth UK where I was at University. Somehow, we ended up in the room together and made a track that is still on a DAT tape somewhere in my archives. I need to dig that out actually!

#5 Joe Smooth - Promised Land
No one can deny that this is a stone-cold classic and one that unites House heads the world over with its message. I was lucky enough to meet Joe at the Armada HQ studios during ADE last year and he’s a genuinely lovely guy. Having met him, I can now hear that in this record. No surprise that it was one of the final tracks to have been played at Space Ibiza closing.

#4 Jaydee - Plastic Dreams
It's a little difficult to classify this record and the proof of that is that it were my house-hating friends who first put me onto it. I clearly remember buying it amongst a pile of Hip-hop 12”s in Vinylmania Records during a shopping trip to NYC in 1992. I don't think there are many DJs of any kind of dance genre who haven't played this record.

#3 Tori Amos – Professional Widow (Armand Van Helden Remix)
Armand tore this apart by using only a couple of tiny elements of the original. It was one of a number of classic remixes by him during a golden few years, and it’s about three elements: bass, drums and that cheeky vocal. It has never left my ‘box’, and I feel it’s a masterclass in remixing that many have tried to copy but none have truly succeeded.

#2 Barbara Tucker - Beautiful People
Although I'd bought a few House records previously, this one helped change the way I saw it. I found myself standing on a speaker stack one night, pumping my arms in the air to the sound played by a DJ from New York. I woke up the next day, threw a mix tape I'd been given the previous night into the cassette player and on came ‘Beautiful People’. The feeling of the night before came flooding back and I can honestly say that's the day House music truly made sense to me. I got on the next train to London, went straight to Release The Groove Records and spent my student allowance on the latest shipload of U.S. House and Garage.

#1 Constipated Monkeys – Cro-Magnon
One of the last times I can say I was truly inspired on a production level was when Erick Morillo launched Subliminal Records. It spawned a new era of funky but main-room House music that I've tried to adhere to in the studio since then. Bridging the gaps between prog, tech, funky and deep house, Subliminal fired out a number of classics in their first two years and was a no-questions-asked-must-buy label. ‘Cro-Magnon’ had me and Warren Clarke looking up at Harry (Romero) and José (Nunez) as deities for a long time after that.

Want more House music? We have this playlist called 'We Love House - Subjekt', which we feel is perfect for House lovers like you. Listen via the Spotify player on the left side of the screen or hit the below button for all the Melodic House & Techno you'll ever need! 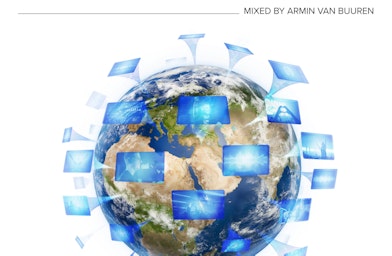 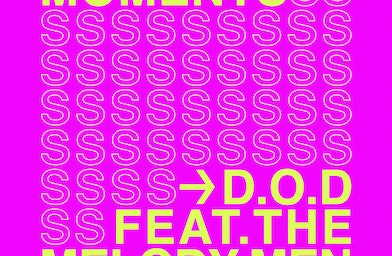