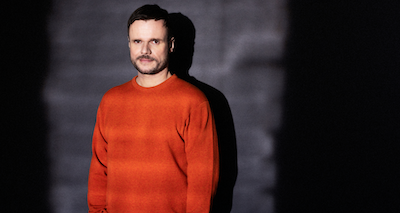 March 18, 2022 – Today marks the long-awaited release of Tensnake’s remix album of last year’s ‘L.A.’ Converting the catchy radio hits of the original album to irresistible club bangers. ‘L.A. Noir’ is a crossover between the Californian days and nights the artist fell so deeply in love with during his time in the city. Next week, the album meets its creator in the upcoming documentary, which catches the ‘Making Of’.

Last year, Tensnake released his sophomore album ‘L.A.,’ an homage to the city he called home for several years. With that, he attempted a pop sound, heavily inspired by his environments. “L.A. is to pop music what Berlin is to Electronic Club Music,” he claims.

This year, he decided to go back to his roots and remix the pop album, producing ‘L.A. Noir’, its underground counterpart. Similarly to the original album, this one blends elements of house, funk, disco, and ‘80s boogie, with darker undertones from the electronic scene, while upping the BPM to fit the dance floor. “These versions are meant for the clubs, warehouses and your DJ sets”, he shares. It is simply a showcase of Tensnake’s diverse range of sounds and his exceptional talent in musical storytelling.

‘L.A. Noir’ is a thirteen-track album showcasing the sonic aura of his beloved City of Angels after sundown. From the sleepless nights of euphoric chaos to those of bittersweet heartache, Tensnake takes us on an emotional trip through his six years in Los Angeles whilst commemorating his home country in the album’s underground touches.

Collaborating with acclaimed powerful vocalists has resulted in deeper dimensions of sound in his tracks, with dreamy harmonies stapling the energetic club productions. It features the remarkable production aesthetic of the likes of Enduro Disco, Gerd Janson, Tiger & Woods, Jozef K, Ben Gomori, Phil Gerus, and all other artists from his True Romance imprint. The signature retro synth lines and groovy basslines also give the tracks an upbeat kick, forcing listeners to their feet.

“There have already been many incredible remixes made of the songs from my album L.A., but to close this musical chapter I wanted to do something more personal”,
Marco admits. Hence, it was of the utmost importance to him to curate an album of remixes done exclusively by artists from his own record label, True Romance.

The original album served as somewhat of a musical diary of Marco’s deepest introspections, rendering it extremely intimate and personal. Now back in Hamburg, Tensnake revisits his memoir and reimagines it through a German lens.

In tandem, he has been working on a documentary about the album itself. The hour-long feature serves as a rationale for the album: a look behind the scenes and into Marco and his team’s creative processes. From music video clips to testimonials from his friends and partners, the documentary gives exhaustive insight into Tensnake’s artistic and human psyche. The documentary will be premiered on Armada Music’s Youtube and Twitch channels on Saturday March 26.

Over the past decade, German DJ and producer Marco Niemerski, better known as Tensnake, has made his way to the top of the underground scene as one of the most distinguished house producers of our time. With remixes of the world’s leading pop songs by the likes of Dua Lipa, Aloe Blacc and Lana Del Rey, and work with Grammy winner Stuart Price, amongst many others, he has racked up over 70 million combined streams.