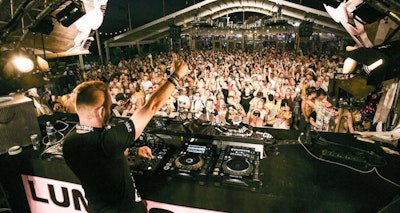 The name ReOrder should ring a bell with every Trance lover out there, and for good reason. The Slovakian DJ and producer stands as one of the scene’s most exciting acts of the moment, having released his fair share of stadium-quivering, uplifting Trance tracks on several of our labels. We had the chance to sit down with him to talk about the moment he discovered Trance music, his early-career struggles and, of course, his latest single with Bo Bruce: ‘We Are The World’.

Let’s start at the very beginning. How exactly did you get into Trance music?
This was a really long time ago. I think it was back in 2007 when we first got cable TV with VIVA TV on it, a German music television channel. It had this show called ‘Club Rotation’, where they played the first Trance singles from the likes of Paul van Dyk, Talla 2XLC, Blank & Jones and many others. As soon as I heard Paul van Dyk’s ‘We’re Alive’ and Blank & Jones’ ‘Cream’, I was hooked for life!

Which parts of Trance music appeal to you the most?
To be honest, I don’t really differentiate between Trance or other EDM styles nowadays. All that matters to me is that the track has something to say and gives me the right feeling and the chills. In the past, it was surely uplifting though. I was this insecure bulk of dreams in my teen years and uplifting music just got me through it all.

In the early stages of your career, were there things you struggled with or found difficult to deal with?
I started making music at a very young age, but I was hospitalized for high blood pressure before turning 18. My BP was so high it seemed like I was having a heart attack, but the doctors couldn’t figure out what was wrong with me. In the end, I asked to see a psychologist. He told me that I needed to set a goal that would be almost impossible to achieve, that I needed a clear vision to get better. I was already doing music as a hobby, so I said: “OK, I’m going to make it in music and get as far as I possibly can”. Focusing on that goal helped me keep my blood pressure in check, so I can honestly say that music actually saved my life!

You just released ‘We Are The World’ (feat. Bo Bruce). Can you tell us a bit about the production process of this song and what it was like for you to collaborate with Bo Bruce?
I had wanted to work with Bo ever since I heard her amazing voice on the first Gareth Emery track I fell in love with. I had this piano melody and main riff idea that I thought was missing something, so I asked my A&R at Armada Music (Harry) if we could show it to Bo Bruce and ask her to work on it with me. She nailed my idea on the first take, as if she knew what was on my mind when I was composing the track.

Listen to 'We Are The World'
Drop your demo