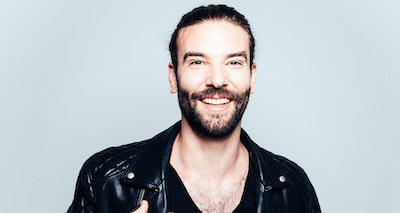 Eelke Kleijn Talks About His Upcoming Album And More

As the release of Eelke Kleijn’s upcoming album is drawing closer and closer, the Dutch composer and producer has been keeping his fans warm with a handful of magical singles. This week saw the release of third album single ‘Woodstock’, so we sat down with Eelke Kleijn to discuss the story behind the track, the remixes that are still to come and what more he has in store for those that can’t get enough of his super-melodious brand of music.

Your new single, ‘Woodstock’, pays homage to the Dutch beach club that bears the same name. Could you share your fondest memories of your experiences there, both as a visitor and performer?

“Even long before I played Woodstock for the first time, I would often go there as a clubber. The best memories for me were always the intimate afterparties that would happen inside the venue. When the music is turned down after 11 p.m., everyone moves inside for one extra hour. Those moments were the best! But it’s such a joy to play there as a DJ, to look out over the crowd and the beach and sunset as the magic sets in after 9 or 10 when it starts to get dark. The crowd is one of the best in the world; I don’t think there is another place quite like it!”

On a productional level, what was your plan of action in trying to capture that same vibe? It must’ve been hard to capture such a nostalgic feel without selling it short.

“Yeah, I think it’s always difficult to capture something like that. What I set out to do with ‘Woodstock’ was to create the perfect track for me to end a set with at that venue: a song that has the slightly laidback, relaxed quality that you find there at daytime, but also the energetic, uplifting vibe you experience after dark. I let myself be inspired by all the great moments I’ve experienced there. I’m really happy with the end result too. It’s such a great ending track to me that I ended up closing half my sets around the world with it earlier this year!”

‘Woodstock’ is also one of the singles of your upcoming album, the third after ‘The Magician’ and ‘The Hierophant’. What is the main idea of the album and how does this new single fit in?

“The album is called ‘Oscillations’, my fourth after ‘Moments Of Clarity’. The main idea behind the album is that everything in this universe is made up of oscillations. From the music that we listen to on our planet and some of the most exciting things we see throughout the galaxy, all the way to the building blocks that we and everything we see around us are made of, it all breaks down into sine waves. This is, of course, by itself a concept that is really hard to translate into music. It was one of the main things I was interested in during the creation of the album. Musically, I also want all the album tracks to fit together. This is less of a conceptual quality, but it just means that I listen to everything that I wrote in this period repeatedly and ask myself: ‘Does it fit on the album? Does it share any qualities with the other tracks that I wrote so far?’ I guess I’m basically asking myself: ‘Does it oscillate in the right way?’. Fortunately, I always let my tracks rest for a while. After that, it will have become much more clear to me what the answers to those questions are.”

We’ve heard that both Gerd Janson and Hernan Cattaneo & Soundexile will be releasing their versions of ‘Woodstock’ soon. What do you think of their remixes personally and do you think they did the vibe of the beach club justice?

“I think both of them have done an amazing job. Gerd even ended up doing two remixes: the ambient Zeeweg 94 Remix, which is based on the chords and strings mostly, and the Tent 7 Remix, which is built on the same foundation, but with his signature beats added to it. Hernan Cattaneo & Soundexile based their version more on my main melody, which is mostly absent in Gerd’s mix. I think they’re both great in their own way. Gerd’s version is one that fits the daytime perfectly with a more laidback groove, whereas the one by Hernan Cattaneo & Soundexile is more of a nighttime record. They have done fantastic jobs and I’m proud to have them as remixers, especially since they’re also regular Woodstock residents. And I can already tell you that there’s a third remix coming as well, one that I am very, very excited about!”

As more and more singles of your upcoming album are beginning to pop up, are there any more special things you’ve got planned to in the lead-up to the album’s release?

“There’s a fourth single coming up too. I can’t tell you much about it yet, but it will be a vocal track. I’ve worked together with a couple of great vocalists on the album, and single number four is building up to that. We also recorded some beautiful streams: one at Woodstock and one at the most iconic building in my hometown, the Euromast in Rotterdam. Those will be broadcast over the coming weeks.”

Make sure to give his latest track a listen and follow him on Spotify!