April 1, 2022 – A little over half a year ago, Joachim Pastor blew the dance music scene away with his colossal debut album, ‘Greater Message’. It got championed by the industry’s cream of the crop, boosted his already esteemed rank in the melodic house and techno scene, and inspired a range of artists to showcase their remix capabilities. Today’s release sees Dutch producer Mees Salomé added into the mix, and his rendition of ‘Wardenclyffe’, which has already been teased at events such as Pleinvrees (ADE), blends the two melodic artists’ styles into a dreamy ballad.

"I really love the remix”, Joachim Pastor says. “I think he captured the essence of the original track and its dreamy lead, and yet managed to turn it into a real "Mees Salomé" track. The climax before the second drop and the long melodic break are particularly to my taste. Really happy with this collab!”

“It was such a great pleasure to work on this remix”, Mees Salomé says. “Especially coming from Joachim, someone who inspired me to start making music in the first place. The original melody is powerful yet dreamy, and I love how the subtle changes keep it interesting throughout the entire track. I really wanted to build on that with my version.”

Inspired by the works of seminal artists such as Daft Punk, Sonata Arctica and Jean-Michel Jarre, Joachim Pastor’s melodious brand of electronica offers a sense of sophistication not easily found in today’s music world. Designed to make listeners feel with every fiber of their being, the French producer’s music is an expression of emotion with a danceable twist. His sound is now endorsed by hundreds of thousands of fans on Spotify alone, as well as those who have witnessed his performances worldwide at festivals including Dour, Tomorrowland, Paleo, Olympia, Solidays, DGTL, Pleinvrees.

The Netherlands’ Mees Salomé first stepped into the electronic dimension at a mere seventeen years old, releasing his debut EP ‘Equivalence’ on Reinier Zonneveld’s acclaimed imprint, Filth on Acid. He was quickly picked up by several renowned producers such as Joris Voorn, Yotto, Kolsch and more. Later, he started his own podcast, ‘Distant,’ which grew into an event that has seen the likes of Ben Böhmer and Tinlicker enchant crowds of two thousand strong. He is also a regular act at Pleinvrees Festival and has taken the stage at events such as Secret Project, Free Your Mind and more. 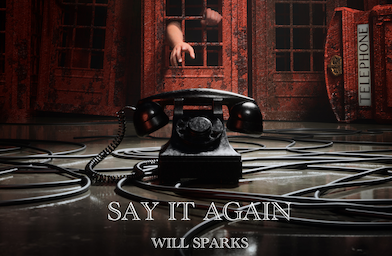 WILL SPARKS WREAKS HAVOC WITH NEW SINGLE: ‘SAY IT AGAIN’ 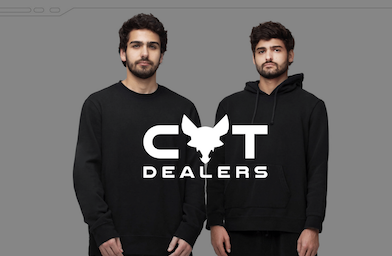 CAT DEALERS AND HRRTZ LINK UP ON ‘STRONGER’