WILL SPARKS WREAKS HAVOC WITH NEW SINGLE: ‘SAY IT AGAIN’

April 1, 2022 – Instilling every bit of time and effort to bring his modern take on house music to a global stage, Will Sparks returns to Armada Music for the release of his newest single “Say It Again”. Due April 1st, this invigorating house record will send vibrations throughout your body pleading for a dance.

The resurgence of Australian DJ/Producer Will Sparks has been nothing short of brilliant. Having reinvented himself throughout the course of the global pandemic, Sparks found himself exploring beyond the lines of his comfort zone to discover a bright and electrifying expansion of his production prowess. Fresh off his latest release “LSD,” via Musical Freedom Records, Sparks continues to go on a tear, with an end goal to show the world how far he’s grown from the days he sat atop radio charts for his Melbourne bounce sound. Deemed a trailblazer in the early stages of his career, it is no surprise that the double-platinum producer would once again find his way back to prominence.

Listen to Will Sparks – 'Say It Again'

Putting the fate of his career back in his own hands, Will Sparks relies primarily on his creative genes and unorthodox production style. In “Say It Again,” we’re reminded of that through the combination of riveting kick drums and anthemic breakdowns. A record destined for the club, mainstage, arena, any setting you can imagine, only one thing is certain, no dancefloor is safe in the presence of Will Sparks.

“I’ll say it once and I’ll say it again, this hits different” - Will Sparks

As he embarks on another massive year of touring and music releases, Sparks can be found gracing the rosters on some of dance music’s best labels such as Armada, Spinnin', and his own CLUBWRK. Will Sparks has already made an unforgettable imprint on the electronic dance music world, but he's far from finished.

Will Sparks’ name has forever shaped the global electronic dance music scene. Pioneering Melbourne Bounce, a sub-genre of EDM affectionately named after his Australian hometown, making countless laps around the globe playing the world’s most reputable stages including Ultra Music Festival, Creamfields, and Tomorrowland as well as residencies at some of the best global venues. Will is finding himself time and time again at the top of the dance music charts with double Platinum records and amassing an inconceivable 2.8 million monthly listeners on Spotify all before the ripe young age of 28, Sparks knew there was something more to life for him from a very young age, and boy did the industry know that too.

The double Platinum producer has shaken up the charts as much as he’s shaken up the streaming world. After releasing his iconic ‘Ah Yeah’, the track shot straight up the charts and effortlessly hit double platinum. Still riding the wave of his first release’s success, Sparks then dropped ‘Bring it Back’, and brought it home again with the single going platinum. Since these two hits, Will has continued to triumph, today amassing over 600million+ streams just across Spotify, Apple Music, and YouTube.

High-profile collaborations with the likes of Steve Aoki, W&W, Timmy Trumpet, and Bollywood phenom Priyanka Chopra as well as remixes for the likes of The Chainsmokers, Bruno Mars, and Major Lazer gained the attention of millions worldwide. With well over 15 #1 Beatport releases, Will Sparks is certainly sought after in the DJ community also.

Sparks is moving at a pace that’s synonymous with his sky’s the limit attitude, as he steps into
another huge year of touring and music releases, linking with labels such as Armada, Spinnin’, and his own, CLUBWRK. Will Sparks may have already left an indelible mark on the EDM scene, but he isn’t even close to done just yet. 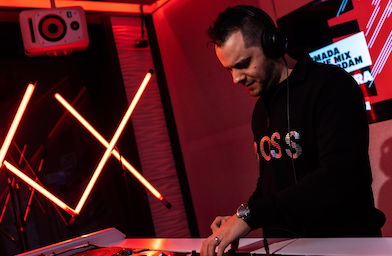 Armada In The Mix Amsterdam: AVIRA 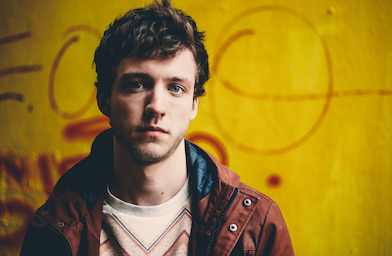