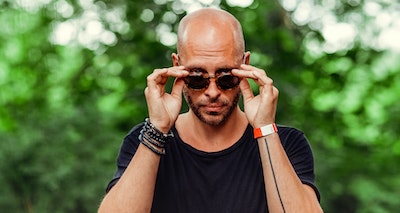 Maxim Lany is a name synonymous with tantalizing Melodic House and Techno, and he’s always looking to cement that reputation. After crossing the border to maximize the global appeal of his music, the Belgian tastemaker is returning to his home country to deliver his trademark sound to Studio Brussel as a radio host.

One of the fifteen new names to take over Studio Brussel in the final months of the year, Maxim Lany will offer up a selection of his personal favorites in the Melodic House and Techno genre to Studio Brussel on a weekly basis. Scheduled every Friday night from 10 to 11 p.m. (CEST/CET), his residency slot will prove a full-fledged treasure trove for anyone looking to uncover the latest gems of the genre.

Maxim Lany is a well-known figure and household name in the Belgian electronic music scene. After sharing the decks with the likes of John Digweed, Sasha, Jamie Jones, Lee Burridge, Adriatique, Kölsch, Bedouin, and many others, and releasing tracks on some of the scene’s most esteemed labels, his Armada Electronic Elements label debut called ‘Renaissance’ brought him to higher levels and unique spots on Rave Rebels, Tomorrowland and Extrema Outdoor. He has built a strong reputation through his internationally acclaimed, atmospheric signature sound and now continues to cement his status with his Friday night residency at Studio Brussel. 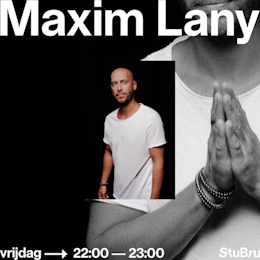