Shortly after taking the stage together at Washington D.C.’s Echostage venue, Canadian duo Loud Luxury and Brazilian brothers Cat Dealers are joining forces to release their first-ever joint offering on Armada Music. Also set for inclusion on the former’s upcoming ‘Holiday Hills EP’, ‘Mistakes’ has fans taking note of the inevitable sonic prowess you get when you throw two of dance music’s hottest duos of the moment in the studio together.

Flaunting its nighttime attitude at every turn, Loud Luxury and Cat Dealers’ first-ever collab was well and truly made to rule the peak time. From the suspenseful atmosphere to the low-pitched vocals and carnage-inducing beat drops, ‘Mistakes’ will be at the center of every wrecked dance floor.

Loud Luxury: “Mistakes is one of our favourites we’ve ever made. After touring in Brazil in 2019, we were inspired to create something that brought the same energy we felt during those shows. After the remix they did for us, linking up with Cat Dealers was the perfect way to bring this sound to life.”

“We’ve been following Loud Luxury’s work for a while and we’ve gotten a lot closer since we did the remix for ‘Cold Feet’”, Cat Dealers say. “We had been talking a lot about doing a collab and then one day, they sent us the vocals for ‘Mistakes’. We really liked it, so we immediately started working on it. The guys are great, we met them live just now during our USA tour and we even played the song together during one of the gigs. We’re excited to release this track.”

With their worldwide smash hit ‘Body’ (feat. Brando), Loud Luxury—who is Canadian duo Andrew Fedyk and Joe De Pace—is officially certified Diamond (10x Platinum) in Canada, 6x Platinum in Australia, 3x Platinum in Switzerland, Double Platinum in Austria, Denmark, U.K. and the U.S., and Platinum in the Netherlands, Norway and Sweden. ‘Body’ also held the #1 spot in the U.S. Mediabase Dance Airplay chart for two weeks, charted in the Top 40 of U.S. Pop radio and the U.K.’s Official Singles Chart (#4) and accumulated over a billion plays across the most popular streaming services. Its follow-up single, “Love No More (with anders)," garnered 12 million streams on Spotify alone in its first month and currently sits at over 140 million plays on the streaming platform, while “I’m Not Alright (with Bryce Vine)” adds to the tally with over 80 million streams. In 2020, the duo released their debut EP ‘Nights Like This’, followed by single releases ‘Like Gold’ featuring Stephen Puth with Frank Walker, ‘Amnesia’ featuring GASHI with Ship Wrek and ‘Red Handed’ featuring Thutmose. Loud Luxury also scooped up three 2020 JUNO Awards nominations for ‘Dance Recording Of The Year,’ ‘Fan Choice Award’ and ‘Group Of The Year’ (including one win) following four nominations (including one win) in 2019 as well as iHeart Music Awards nominations for ‘Dance Song Of The Year’ and ‘Dance Artist Of The Year’ in 2020.

Formed by the brothers Lugui and Pedrão, Cat Dealers are among the biggest DJs and producers of Brazil and represent one of the biggest names in today’s international electronic music scene. The pair cultivate the second largest YouTube channel of the Brazilian electronic music scene with more than 750,000 subscribers and over 270 million plays, and racked up hundreds of millions of streams on Soundcloud, Spotify, Deezer and other streaming platforms in the past few years. On the live front, they touched down on all five continents, playing in venues in the United States, China, Japan, South Korea, Mexico, Australia, South Africa, Ireland, Thailand, Vietnam, Myanmar, Italy, Portugal, Poland and even Spain, where they opened for David Guetta at Medusa Festival 2018. ‘Mistakes’ sees them deliver another epic collab after recent summer smash ‘Summer Thing’ alongside Dragonette, Sunnery James & Ryan Marciano and Bruno Martini. 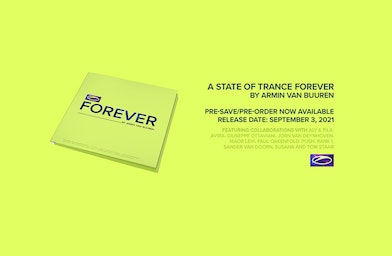 Now available for pre-order / pre-save: the ‘A State Of Trance FOREVER’ album! 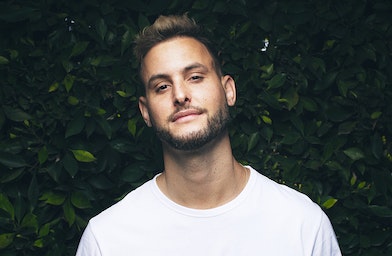 Makj Teams Up With Madds And Mila Jam On ‘Just Sayin’’