In the past few months, Eelke Kleijn has been teasing his loyal fan base with brilliant singles such as ‘The Magician’, 'The Hierophant’, and ‘Woodstock’, all to build momentum toward the release of his hotly anticipated 'Oscillations' album. And now that the full album has finally seen its we release, we just had to sit down with Dutch studio magician himself to ask him how his album came to be.

1. What can we expect from the title track of the album and how did it come to life?
The title track of the track is called 'Oscillations' and it's a collaboration between the talented Josha Daniel and myself. While I was on tour in Buenos Aires, I started working on some bits in the hotel. When I was about halfway through, I forwarded all the materials to Josha and he came up with the amazing vocals that you can hear on the final recording!

2. 'Oscillations' may seem like a broad concept to some. Can you explain more about the meaning behind the name and why it fits the music so perfectly?
What I mean by the title is that everything in the universe oscillates, from the music we listen to to everything on a really large universal scale. It's something that's really hard to translate into music, but it's more the 'soundtrack' I've been writing all the tracks to. Oscillations were the inspiration when I was writing this album.

3. How long did it take you to create the album?
'Oscillations' took roughly two years to complete. I started after the release of my 'Moments Of Clarity' album in November 2018. All the tracks were written from that period all the way up to this summer.

4. How did you guys come up with the artwork concept of eleven circles?
Every circle on the cover represents a track on the album and it's something our designer Jack Vanzet came up with. He's an Australian designer and I've been a long-time fan of his work, so we started discussing all the factors that influenced the creation of this album. After that, he came up with the final idea.

6. When life gets resumed, what would be your dream gig/festival to play your brand-new album at?
When we're finally able to return to 'normal', my dream gig would be a live show in Argentina. It's one of those places I miss the most during times like these.

Make sure to give Eelke’s new album a listen. 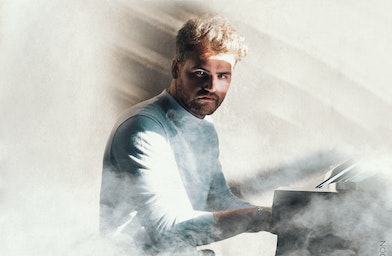 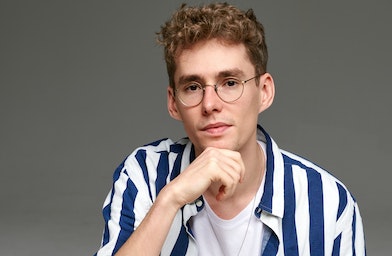