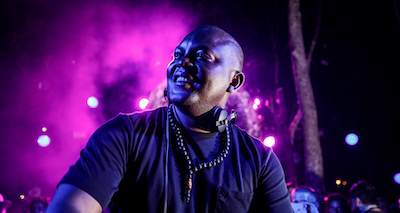 January 21, 2022 – A little over two months after dropping his highly anticipated debut album, South African producer THEMBA is moving into 2022 with the sound of ‘Modern Africa, Part I – Ekhaya’ through the fourth remix of one of the album singles. Extending the remix courtesies is none other than fellow South African artist Black Coffee, whose delectable rendition of ‘Reflections’ (feat. Thoko) fuels the strong beliefs that reside at the core of the THEMBA’s culturally inclined seven-piece offering.

Working his magic on one of the standout singles from THEMBA’s first artist album, Black Coffee flips ‘Reflections’ and turns it into a version that’s easily just as captivating. Embellished with his signature mash of classical piano tones and gentle house beats, this brand-new interpretation can get a listener hooked in no time at all.

"We’re excited to be kicking off the year together with a remix of ‘Reflections’”, THEMBA and Black Coffee said. “The song encapsulates beauty and ease — two themes we should all be bringing into 2022. We’re just getting started!"

Hailing from Durban in the South African province of KwaZulu-Natal, Black Coffee is a DJ and producer that defies convention, as proven on his recent, Grammy-nominated album titled ‘Subconsciously’. In just a couple of years, his skyward career trajectory had him sitting in the studio alongside world-renowned artists such as Diddy, Usher, Akon, Pharell Williams, and even David Guetta for their SAMA award-winning single ‘Drive’ featuring vocalist Delilah Montagu. On the live front, Black Coffee continues to uphold his status as one of the top touring performers in the world with summer residencies at Hï Ibiza, premier slots at leading festivals such as Coachella, and EDC Las Vegas, and innumerable performances at countless other festivals and venues across Europe, Asia, North America, South America and Afrca.