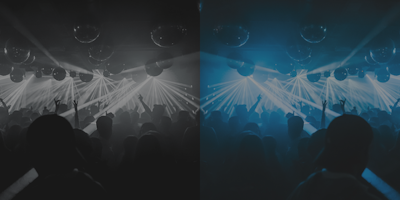 The Best Club Classics Of All Time And Their Modern Remixes

Three Drives On A Vinyl - Greece 2000 vs. Moscoman Remix
We’re kicking off this list with a massive hit from Dutch duo Three Drives On A Vinyl, who later changed their name to Three Drives. While its title may suggest the track was released around the turn of the millennium, ‘Greece 2000’ was actually released in 1997 and went on to become one of the all-time greats in terms of Ibiza anthems. The 2018 remix of Israeli-born, New York City-based DJ/producer Moscoman turns this nostalgic Trance classic into a deeper record that thrives on modern dance floors.

Solid Sessions – Janeiro vs. Jody Wisternoff Remix
Solid Sessions’ 2000 single ‘Janeiro’ already took the spotlight in several of our other classics lists (such as our Vocal Trance Classics Top 100), and we couldn’t leave it out of this list either. Throughout the years, the record has been remixed by high-profile names such as Pronti & Kalmani (the producers of Dash Berlin) and Armin van Buuren, and another living legend of a producer provides this gorgeous progressive-tinged edit of ‘Janeiro’. You just can’t go wrong with Way Out West’s Jody Wisternoff.

York – On The Beach vs. Kryder Remix
‘On The Beach’ (1999) was only the second single of German producer duo York, but its classic status is undisputed. The song, which sampled Chris Rea’s song of the same name, was released in the wake of debut single ‘Awakening’ (#11 in the UK Singles chart) and welcomed a remix from Mauro Picotto under his CRW alias that would help the single hit #4 in the U.K. and sell over 200.000 copies. English producer Kryder pushes ‘On The Beach’ to the center of the dance floor with his incredible 2020 edit.

Chicane feat. Moya Brennan – Saltwater vs. Kevin de Vries Remix
Here’s a no-brainer: ‘Saltwater’. This incredible and globally beloved 1999 single from electronic music legend Chicane (Nick Bracegirdle) and Irish vocalist Moya Brennan is another Ibiza anthem that shines bright in our list of the 100 Best Vocal Trance Classics (1997-2011). And for good reason too. Widely considered as one of the most timeless Trance classics, ‘Saltwater’ got some of its peak-time spunk back through a 2020 remix from Techno herald Kevin de Vries. Iconic meets dance floor ready, just the way we like it.

Binary Finary – 1998 vs. Shadow Child – 1998 (Venus)
It’s safe to say British Trance group Binary Finary struck gold when they released their now-classic hit ‘1998’, especially when renowned acts such as Paul van Dyk and Gouryella (Ferry Corsten) joined the late ‘90s party with their remixes. The original song went on to peak at #24 in the UK Singles chart (and even #11 with its ‘1999’ version) and recently got a Techno-tinged revamp from English radio DJ and dance music producer Shadow Child, who coincidentally (or not) hails from the same city that’s listed as the birth city of Binary Finary (Portsmouth).

System F - Out Of The Blue vs. Matt Fax Remix
Released as a single by Ferry Corsten (as System F) two years before becoming the title track of his first-ever studio album under that moniker, 1998’s ‘Out Of The Blue’ is probably as timeless as a record can get. The record became a global hit and a Top 20-charting track in the U.K. and spearheaded the sound and career of Ferry Corsten. The remix of French producer Matt Fax instantly showcases a more progressive direction, but upholds the authenticity and broad appeal of the original song from start to finish.

Lifelike & Kris Menace - Discopolis 2.0 vs. MEDUZA Remix
Another Ibiza anthem right here! The original version, which was released in 2005, meant the debut release of German producer Kris Menace in tandem with his Parisian producer friend Lifelike and became one of the most anticipated house tracks of that year. The song got re-released almost ten years later as ‘Discopolis 2.0’ and even got a remix from Italian, Grammy-nominated producer team MEDUZA in 2020. And the latter does a great job of presenting the classic characteristics of the original in a modern-day coating.

Maxim Lany feat. Jacky E Jones – People Of The Night vs. AVIRA Remix
Although its year of release could fool you, Maxim Lany’s single ‘People Of The Night’ oozes that classic club feeling like no other. The record was released on Armada Electronic Elements in 2019 and received a rather dark melodic techno rendition from Canadian producer AVIRA. We’re expecting to hear these versions thrill dance floors decades from now.

More tracks will be highlighted after the image.

Harry Romero – Tania vs. Honey Dijon Remix
Just a little over twenty years old, ‘Tania’ has got to be one of the most epic records ever created by House magnate Harry “Choo Choo” Romero. Chicago-raised, New York-infused artist Honey Dijon reverts it back to its Ibiza glory days with an edit that oozes with night-long groove potential.

Jerome Isma-Ae - Hold That Sucker Down vs. Charlotte de Witte Trance Remix
Eleven years after German progressive act Jerome Isma-Ae took the world by storm with his exhilarating 2009 rendition of the O.T. Quartet’s 1994 classic, none other than Techno starlet Charlotte de Witte stepped up to ensure the track’s resurrection. Her Trance Remix of ‘Hold That Sucker Down’ has been a peak-time club favorite ever since, and we have yet to see a crowd able to keep themselves from roaring when this iconic classic starts blasting from the speakers.

Ferry Corsten – Punk vs. Reinier Zonneveld Remix
One of the most authentic cuts from Ferry Corsten’s debut album (‘The Right Away’, 2003), ‘Punk’ marked the start of Ferry Corsten’s electro-trance adventure, even making it to #29 in the UK Singles chart. Eighteen years later, fellow Dutchman and Techno hotshot Reinier Zonneveld blasted the club classic into the contemporary with a driving edit that cracks the dance floor in so many places you’re practically dancing on a mosaic piece.

Human Resource – Dominator vs. Rebūke Remix
One of the oldest and most forward-thinking cuts in this list is ‘Dominator’ by Dutch electronic music group Human Resource. Released in 1991 (that’s over thirty years ago at the time of writing), the song’s massive hoover sound drew from Joey Beltram’s ‘Mentasm’ (as Second Phase) and went on to dominate dance floors for years on end. The record hit the Top 10 in the Netherlands (#6) and #36 in the U.K. whilst the equally devastating 2020 remix from Irish Techno-Rave juggernaut Rebūke continues to knock crowds senseless.

Scot Project – U (I Got A Feeling) vs. Eats Everything Reebeef
A modest hit in the U.K. in 1995, ‘U (I Got A Feeling)’ is a club classic from the hand of German Hard Trance DJ and producer Scot Project. The track’s iconic synth line made its music scene comeback in 2018 through a big, acid-infused remix (or Reebeef) from U.K. artist Eats Everything. Whichever version you listen to, you’re in for a crazy ride.

Felix – Don’t You Want Me vs. Timmy Trumpet Remix
Of course, Felix’s debut single ‘Don’t You Want Me’. The track, which was actually produced by Rollo Armstrong in a London garden shed for a mere 300 euros, still counts as one of the biggest club classics to date. After its release in the summer of 1992, the song, which samples Jomanda’s ‘Don’t You Want My Love’, dominated the Top 3 of preeminent charts across the globe and sold millions of copies worldwide. Such a grand classic demands a remix of equal stature, and multi-platinum-selling recording artist Timmy Trumpet provides just that. His 2021 rendition juggles the classic feel of the original with beat drops so powerful even the best sound systems have a hard time coping.