Lighting up the airwaves within seconds of play, ‘One More Time’ bursts with uplifting energy across its entirety. Exuding an anthemic presence with Maia Wright’s vocals, euphoric synths and addictive melodies, this feel-good creation is expertly crafted to fill festival grounds and dancefloors with its larger-than-life sound. One of the long-awaited IDs from Armin van Buuren’s Ultra Miami set this year, ‘One More Time’ will be officially released on the first day of Tomorrowland 2022, where the legendary DJ will be performing on the Mainstage.

Providing a stunning visual accompaniment, the official music video for ‘One More Time’ will be released on July 22. Putting their own spin on the original record, an official remix package will follow on July 29, featuring massive renditions by OCULA, Worakls and NIIKO x SWAE.

Speaking about the release, Armin van Buuren mentions, "One More Time was written during a writing session in Sweden with the lovely Maia Wright.I love her energy and wanted to bring back my love for the early house sound of the 90s when I first went clubbing mixed with the current sound."

Singer-songwriter Maia Wright comments: “We wrote One More Time together in Stockholm earlier this year. We felt that it was something special about it straight away. We wrote the chorus first, and the melody is very uplifting and empowering, so we knew that we needed a lyric to support that feeling. So we wrote about how important it is to have a friend or a partner to go through tough times with. The lines “If you go down I go down” and “we do it one more time, we’ll be fine baby you and I, we’ll just try, do it one more time” really describe the theme of the song. All we can do is be there for each other and help each other to get back up again when life knocks us down.”

A trailblazing artist that requires no introduction, Armin van Buuren has been at the forefront of the music scene for well over two decades. Maintaining an impressive release and tour schedule, his weekly A State Of Trance radio show, heading up multiple labels and championing the new generation of producers, it is safe to say Armin is not one to rest on his laurels. Amassing a colossal 12 million monthly listeners on his Spotify alone, he stands tall as one of the globe’s most adored and recognised names in dance music.

Maia Wright is responsible for the vocals on some of the most celebrated songs of the past few years. The Swedish multi-talented artist has generated three placements on the Billboard 100 and US Radio Dance Charts, including Gryffin’s #1 Dance radio hit-single ‘Body Back’. Teaming up with some of the industry’s most iconic producers, Maia has collaborated with the likes of KREAM, Tinie Tempah, WEISS and Mike Williams. 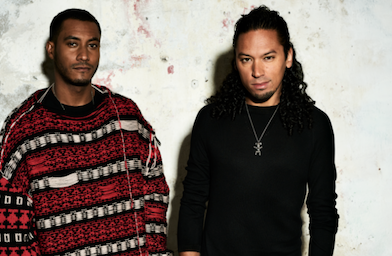 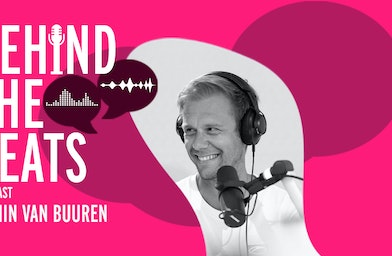 Armin van Buuren kicks off season two of 'Behind The Beats'