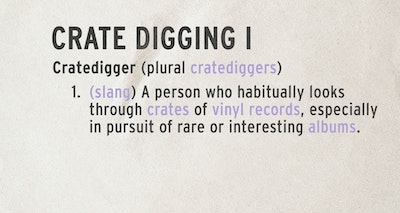 It’s the first of many more to come. Armada Record Box’s ‘Crate Digging’ album offers up quite the admirable selection, featuring thirty originals and remixes from the likes of CamelPhat, Carl Cox, Dubfire, Jody Wisternoff and more. Curious? Read on to see the full tracklist and a small interview with our head of A&R.

This first volume means the start of a series that will set you on a road to the discovery of the best tracks around. Jeroen te Rehorst, head of A&R at Armada Music, is beyond thrilled about this first compilation. Here’s what he has to say about his favorite tracks:

“When compiling the tracklist for this compilation, we’d done some serious crate digging through our catalogs. We’re extremely proud of handling the massive catalog of Kevin Saunderson’s KMS Records, containing 30 years’ worth of house and techno legacy. Outside of Kevin’s own fantastic material, I spotted this track from MK, which I never realized was part of the catalog when signing it at the time. Originally released back in 1989 and already the signature MK sound we still know him for today!”

“What a tune! When I think of ‘Pasilda’, it reminds me of Morillo in the 2000s and him playing it during numerous sets at the likes of Space Ibiza and Love Parade. It was an obvious choice when we thought of someone to remix this. It just HAD to be Erick.” 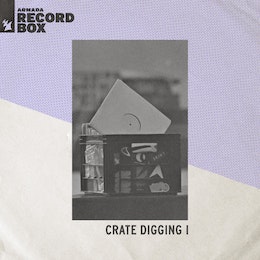 ‘Promised Land’ is the ultimate encore record, as the record means a lot to many people. The strong message remains timeless and remixing it was a tricky one, as many artists didn’t want to touch such as super classic record. However, Gerd Janson did a perfect execution of respecting the original and at the same time bring it in a fresh 2020s version.”

The Scumfrog feat. Sting - If I Ever Lose My Faith (Carl Cox Remix Edit)

“Now this is obviously a killer trio in one title. We were so blessed when we got the news that we actually cleared Sting as a feature for this track! And then the king of techno, Carl Cox, on the remix to top it off.”

“With a massive signature bassline - drop this one. All coming out of that musical period defined by Armand van Helden’s productions and the rise of (speed) UK Garage. The Dutch dance scene always has been heavily influenced by surrounding countries, but was one of the few that had an actual UK Garage scene! Illyus & Barrientos did a great job remixing this one!”

The Armada Record Box brand was born to unite club-worthy content and releases under one moniker, regardless of the label a track was released on. It’s a merger of former channels: Armada Subjekt, Armada Deep and Armada Electronic Elements.As a way for fans to hear a number of their favorite releases in one place, the brand launched Armada Record Box Radio. The one-hour-long mix show showcases releases from Armada Subjekt, Armada Deep and Armada Electronic Elements as well as partner labels. The focus is entirely on the music: no flashy features or silly jokes. It’s one for the music lovers. There’s a new episode every three weeks. Find it on Armada Record Box YouTube, Facebook and SoundCloud.