May 13, 2022 – The worlds of taste and sound aren’t often linked or otherwise entwined, but today’s release of ‘en:close – The Sound Of The Jane’ might just bring about significant change in that regard. The collaborative album project between Antwerp-based restaurant The Jane and Amsterdam-, New York- and London-based record label Armada Music shows that magic happens when food and music are fused, and, paired with a documentary series of the same name, displays the pure musical brilliance that identifies the artists who took part in this unique showcase.

Listen to ‘en:close - The Sound Of The Jane’

Just over two years ago, the COVID-19 pandemic abruptly halted the music and hospitality industries. Its impact has been severe, but it also motivated some of the most passionate creators in said fields to devise something fresh. “All my dishes are composed with an idea of storytelling”, said Nick Bril, the acclaimed chef and owner of the 2-star Michelin restaurant, “and I think that music is kind of that same idea.” Knowing what Bril stands for, resident DJ and sound designer Pieter Santens approached the acclaimed chef with an idea to capture his working environment in its audial landscape. And with that came the inception of ‘en:close: The Sound Of The Jane’.

Sounds from the kitchen and restaurant were recorded, and eleven of the electronic music scene’s foremost producers took these samples to produce eleven idiosyncratic tracks that excellently capture the sonic essence of The Jane. The rawness of the samples is precisely what gives each song so much depth, with each element a layer of more distilled passion, art and life. The harmonious dance between the real sounds and the electronic beats creates a remarkable synergy, seamlessly blending actual and virtual.

“I believe the concept is very authentic,” said Armada Music CEO Maykel Piron. “Nick is a chef as well as a DJ, so he understands music. Every track is different because they were produced by different producers, but if you listen to the whole album, you will also understand that it’s a concept: a full-on album to listen to. It proves that it’s incredibly important for Michelin star restaurants and hospitality in general to make sure you curate the best possible playlist for your venue.”

Featuring the likes of Sebastian Mullaert, Anfisa Letyago, Gerd Janson, Eelke Kleijn, Maxim Lany and many more, the project allowed artists to individually interpret the sample sounds, warranting the uniqueness of every track. They have successfully captured the restaurant’s ambiance whilst adding their signature touches and matching the recordings to their style. Sebastian Mullaert, for instance, paints a highly serene representation of chopping with ‘Whispering of Knives’, while Anfisa Letyago hauls listeners underground with her bass-throbbing ‘Liquid’. The experimental album has undoubtedly challenged the orthodox production strategies artists usually adopt, and has resulted in very unconventional yet aesthetically pleasing audio episodes that breathe authenticity.

With ever so elegant melodies across its tracks, the album meticulously defines The Jane Experience; a luxurious time that encourages diners to absorb every trace of flavor and admire the craft of the extravagant scene. Hence, the release is supported by one of the featured artists, Eelke Kleijn, who is giving a live performance at the restaurant for an all-immersive dinner-time show.

To complement the album, the recording process was filmed and turned into a limited documentary series, which sees the collaborators detail the steps that formulated the end product. Nick Bril shares his expertise, inspiration and fondness of his work and this project in the short episodes, which feature the masterminds behind the album and reveal their artistic approaches towards their pieces. 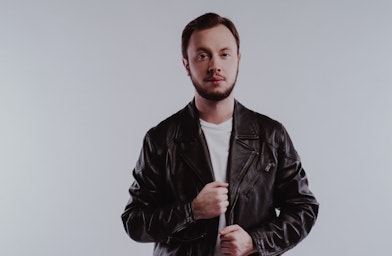 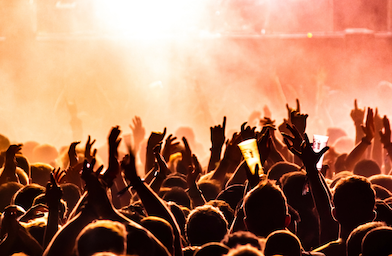