October 29, 2021 – ‘Things I Can't Say Out Loud’ - these words lay across the face of a beautiful hand-bound notebook that Tom's father picked up while on faraway travels. When he returned home to Blackpool, England he gifted the book to his son and told him to start writing his next chapter. Tom found great meaning in those words that adorn the cover.

As a young artist who had only just recently found success, Tom realized there is a lifetime's worth of things left unsaid, of ideas not yet laid to page. This set the foundation of Tom's sophomore album, and so he got onto the work of writing down all the things he had yet to say out loud. As the pandemic started to come under control - the opportunity to tour again became possible, as did the opportunity to work with new people. Deciding that the album would have to be his most live-centric release to-date, Tom opened the door to his studio in order to take his project to a new level.

Some of the greatest names in song writing from across the UK came to participate in bringing Tom's vision to life. And the sonics and storytelling are all the better for their contributions. Much credit and gratitude are due to Tom's long time producers Matt James and Frank Sanders who are joined together with the talents of Rick Boardman and Pablo Bowman of The Six, Jamie Scott, Mike Needle, and Jamie Hartman. The result is an album of crowd-busting high-energy records alongside heartfelt ballads, all brought together by top-level writing and storytelling. All the things that Tom Can't Say Out Loud are now proudly ready for the world to hear.

In four short years, Tom Gregory has taken a succession of small steps towards becoming a figure to be reckoned with in the music scene. Gold and platinum discs from Germany, Austria, Switzerland, France, Poland and Canada grace the four walls of his home. Tom succeeded where many artists have stumbled, he created his own recognizable sound and is now reaping the rewards. Two of his singles, Fingertips and River, reached the #1 spot on the airplay charts. He has amassed more than 450 million streams and 5 million monthly listeners on Spotify. His second album – "Things I Can't Say Out Loud" – is a powerful reminder of his uniquely versatile talent. 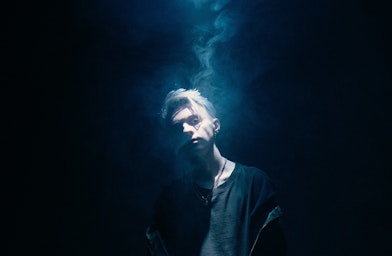 Arty And Griff Clawson Release Most Out-Of-The-Box Collab Yet: ‘Those Eyes’ 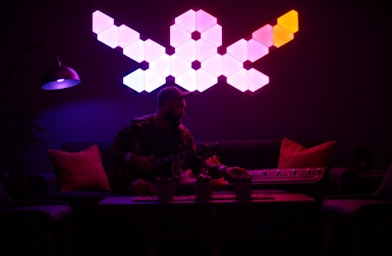