Having released an array of authentic pop-dance songs (e.g. ‘Party’s Over’, ‘Slip N Slide’, ‘Saturday Night (Feel The Groove)’ and early-December’s 'Sunday Monday’) across 2022, L.A.’s Brando is on the lips of countless dance music fans. And since we value his opinion as much as we appreciate his brilliant vocal timbre and unique take on dance music, we figured we’d ask Brando to compile his Top 10 of the best dance songs of 2022. Scroll down to discover!

10. SG Lewis - Lifetime
SG Lewis has some of the best records to drive around to late at night, and ‘Lifetime’ is no exception. Smooth guitars and even smoother harmonies make this record a date night!

9. Alok, Ella Eyre & Kenny Dope - Deep Down (feat. Never Dull)
One of the more distinct records of the year, ‘Deep Down’ is so fresh and enticing with its vocal line and underlying beat. Alok has been on top of his releases and I can’t wait to hear more from him.

7. Imanbek x BYOR - Belly Dancer
Imanbek mixed his iconic style with this throwback banger and somehow made it even more legendary. Love the thudding bass on this one, and that classic hook is undeniable.

6. James Hype - Ferrari
James Hype has been on my radar for a couple of years now, and while a collab between us never came about (one might be in the works), this record exploded in 2022. Big song with a big hook and restrained production; everyone had ‘Ferrari’ on repeat all summer long.

5. Hugel x Westend feat. Cumbiafrica - Aguila
I love the remix he did on my own record (red. ‘Look Into My Eyes’), but ‘Aguila’ takes his style to a different dimension. Love the Latin influence in his records as of late, and I’m sure a link-up is in the cards.

3. David Guetta - Crazy What Love Can Do
No one can make a 2022 list without at least one David Guetta record in it. I feel like he really took over the whole year with his releases. This one really capitalized on the “duh duh duh” trend, but it’s sonically distinct and an incredible earworm of a song. The harmonies on the

2. Oliver Tree x Robin Schulz - Miss You
Talk about a song that really took over these last few months of the year. I didn’t get it at first, because it’s so in your face the entire time. But then I found myself thinking of that hook and drop 24/7. This record is refreshing to listen to and I feel like it really opens up the dance space in a creative way.

1. Fred again.. & Swedish House Mafia - Turn On The Lights Again.. (feat. Future)
Fred again.. had a huge year, and his #1 spot in my top songs of 2022 list is a testament to that. This remix of Future’s 2012 smash hit really effortlessly combines hip-hop with dance music, which, when done right, is always entertaining to listen to.

------------
Want more incredible dance songs to listen to? We've got a playlist called Dance Hits 2022, which gets updated weekly with some of the best tunes in dance music as well as some of our own dance releases. Listen via the Spotify player on the left side of the screen or hit the below button for more dance tracks! 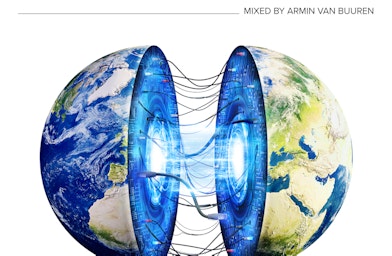