May 7, 2021 – Takis himself put it best when sharing the story of his new single: “It’s 2021 and people crave unpredictable art. Music fans have access to millions of amazing songs in this age of streaming, so I’ll fail to earn their attention if I don’t make something unique and unexpected.” And that’s you get with Takis’ new single. He joined forces with fellow Canadian act Always Never, took a chance with this unlikely collaboration and delivered in full with a one-of-a-kind song bearing the mark of his ‘Welcome Home’ project: ‘This Feeling’.

As unlikely a collaboration as the previous releases from the ‘Welcome Home’ project, ‘This Feeling’ couples Takis’ standout production capabilities with the R&B-scented vocals of Toronto-based duo Always Never. Juggling velveteen vocals with uncomplicated vibes and infectious snaps, this gorgeous and radiant song is definitely worth hanging on to.

“A few years ago I was driving down Queen Street in Toronto and my friend was playing music off of his phone”, Takis says. “At one point I just stopped and said: “who is this?” I was thinking it must have been some hit song I just hadn’t heard yet, but he said it were his friends from the city who went by Always Never. The song was called ‘Wylin’’ and I became a fan of theirs from that day on.”

“So when I first started working on my debut album called ‘Welcome Home’, I wrote down a shortlist of unique artists I wanted to collaborate with”, he continues. “Literally everything from pop-rock to country to R&B artists was written on that piece of paper, and on that list were Always Never. At the time, I wasn’t sure what my pop-dance production mixed with their R&B vocals would sound like, but I think we were both self-aware enough to know that if it wasn’t effortless and honest, we weren’t going to put it out. We both respect our fans too much to force something. Thankfully we didn’t fear giving it a shot and ‘This Feeling’ came out of it.”

“This record is a new direction for our sound and we’re super excited about it”, Always Never add. “Takis brought an absolutely amazing energy to the record. In our ears, it’s such an uplifting feeling it gives off. And as the world opens up more after a long year of being inside, it’s gonna be great to blast this one while hanging with our friends again.” 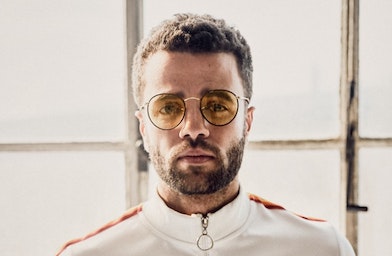 Youngr shares most personal single to date: ‘Boy From Manchester’ 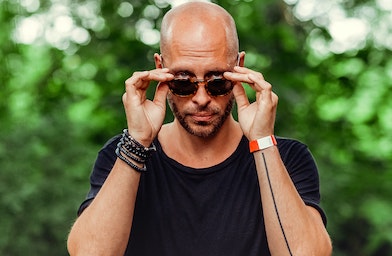