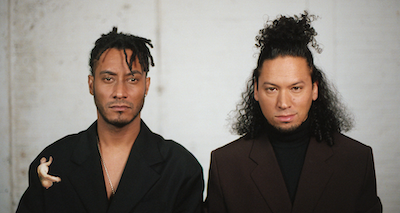 March 4, 2022 – Sunnery James & Ryan Marciano know like no other how to make crowds roar throughout the festival season, and they’re already setting themselves up for success through the release of their latest single. Released on their own SONO Music label under the Armada Music umbrella, ‘See’ also sees the return of ‘Better Things’ collaborator QG, the up-and-coming U.K. singer-songwriter who also joined the Dutchmen on their U.S. tour a few weeks ago.

A track that oozes street smarts, confidence and urban feel, Sunnery James & Ryan Marciano’s latest offering unlocks every clubber’s inner rebel. Their second collab with upcoming talent Q.C. after the recently released ‘Better Things’ (with GINGE), ‘See’ shows every dance music lover how to get your groove on.

Already confirmed for major performances at Tomorrowland and Mysteryland this summer, Sunnery James & Ryan Marciano are the archetypal mainstays of the dance music scene. With almost two decades of scene experience under their belt, they’re enjoying global success with songs such as ‘Savages’ (19 million streams), ‘Life After You’ and recent addition ‘Summer Thing’ (with Dragonette, Cat Dealers and Bruno Martini), are cultivating their trademark sound through their own SONO imprint and frequently travel the world with their Sexy By Nature concept, which has a radio show spinoff that reaches millions of dance music fans on a weekly basis. Coupled with pre-COVID headline slots at the world’s biggest festivals (e.g. Tomorrowland, Ultra Europe and Balaton Sound), the Amsterdam-based duo are undoubtedly amongst the most consistent and prolific house acts of the moment.