May 28, 2021 – After whetting the appetite of fans with title track ‘Dime’ and sophomore single ‘Countdown’ featuring South London singer-songwriter Louis III, Pablo Nouvelle and Emy Perez have finally launched their long-anticipated ‘Dime EP’ in full. Designed to transcend borders and limitations, the EP reaches far beyond the conventional within music culture to make an impact on an international scale.

A flawless four-track get-together between the Swiss music maker and Venezuelan songstress, the ‘Dime EP’ truly is a project connecting people from all over the world. From the delectable title track to Louis III collab ‘Countdown’ to complementary creations ‘Morir Feliz’ and ‘Satellite’, this quartet expertly binds Nouvelle’s sultry and organic sound to Perez’s passionate Spanish vocals to achieve true global appeal across the dance music space.

While ‘Dime’ and ‘Countdown’ received their fair share of attention ahead of the release of the full EP, ‘Morir Feliz’ and ‘Satellite’ had been laying low until now. My secret favorite, ‘Morir Feliz’, features multi-instrumentalist Rio on drums, bass and guitar”, Pablo Nouvelle says. “It’s a generic declaration of love to soul as played by Marvin Gaye or Donny Hathaway in the ‘70s, while Emy’s virtuoso melodies flow through the auditory canals with sweet lightness. Honey music.”

Emy Perez picked the other song as her choice track: “‘Satellite’ is my undercover favorite. It’s about my own love story; it’s simple and enigmatic in its perfect premise. It blends emotion, passion and the soulful craftsmanship of the one and only Pablo Nouvelle. It’s the one track where love rules all and life in zero gravity feels like home.”

Having mastered a range of different styles and influences that thrive in the gentle, soulful mixture of sound he calls his own, Pablo is an in-demand remixer and producer who has worked with the likes of Jessie Reyez, Anne-Marie, Bruno Major and Josef Salvat, all the while stepping up on remix duty for Aurora, Gorgon City and Marina & the Diamonds. When Pablo Nouvelle isn’t pursuing music, he is an acclaimed animation filmmaker with three award-winning short films to his name. 'In A Nutshell’, his latest, was longlisted for an Oscar.

Throughout more than 30 years of Latina excellence on and off stage, Venezuelan singer-songwriter Emy Perez performed alongside artists like Shakira, Eros, Ramazotti, and Earth, Wind & Fire, and worked with Phil Greis (Jason Derulo, J Balvin), Steve Morrison (multi-platinum award winner and Grammy award winner), Steve Morales (Enrique Iglesias, Christina Aguilera, Ricki Martin, Celine Dion, etc.) and Albert Harvey (Avicii, etc.). Writing and producing her own songs as well as for other artists, she has released tracks as a featuring artist with Moksi, W&W and Thomas Gold, and is currently writing for Willy William, Will I Am, Sebastian Yatra, Camilla Cabello and more, accumulating over 100 million streams and counting. 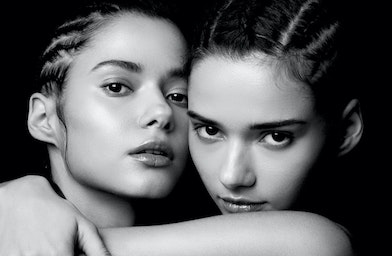 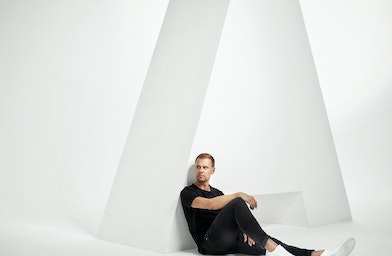