August 13, 2021 – As the follow-up to their early 2020 debut EP Nights Like This, Loud Luxury’s new EP Holiday Hills is a six-piece offering steeped in dance-pop catchiness, musical prowess and cooperative spirit. Out today, August 13 on Armada Music it highlights features and collaborations with emerging rappers, singer-songwriters and producers like Cat Dealers, Drew Love, WAV3POP, Tyler Mann and Thutmose.

Over the past few months, Loud Luxury have been steadily working toward the release of Holiday Hills, releasing a multitude of infectious singles including “Red Handed” with Thutmose, “Wasted” featuring WAV3POP, “Safe With Me” featuring Drew Love, “Mistakes” with Cat Dealers, “Lemons” featuring Tyler Mann, and lastly, the title track “Holiday Hills,” each accompanied by a colorful and humorous video. To keep the momentum surging, now the moment has arrived for Canadian duo Andrew Fedyk and Joe De Pace to finally release their new song collection oozing with character, chaos and childhood nostalgia which is the Holiday Hills EP.

“Holiday hills is the place you grew up”, Loud Luxury explain. “It could be anywhere in the world. To us, it represents the idea of order, rules and being told no when you were younger. We think everyone dreams of going back to that place and turning it upside down. This EP is nothing more than our favorite songs, which we feel bring color to the dull, a party to the boring and chaos to the order. The neighbors can definitely hear us.“

4. Safe With Me featuring Drew Love

With their worldwide smash hit ‘Body’ (feat. Brando), Loud Luxury—who is Canadian duo Andrew Fedyk and Joe De Pace—is officially certified Diamond (10x Platinum) in Canada, 7x Platinum in Australia, 3x Platinum in Switzerland, Double Platinum in Austria, Denmark, U.K. and the U.S., and Platinum in the Netherlands, Norway and Sweden. ‘Body’ also held the #1 spot in the U.S. Mediabase Dance Airplay chart for two weeks, charted in the Top 40 of U.S. Pop radio and the U.K.’s Official Singles Chart (#4) and accumulated over a billion plays across the most popular streaming services. Its follow-up single, “Love No More (with anders)," garnered 12 million streams on Spotify alone in its first month and currently sits at over 140 million plays on the streaming platform, while “I’m Not Alright (with Bryce Vine)” adds to the tally with over 80 million streams. In 2020, the duo released their debut EP ‘Nights Like This’, followed by single releases ‘Like Gold’ featuring Stephen Puth with Frank Walker, ‘Amnesia’ featuring GASHI with Ship Wrek and ‘Red Handed’ featuring Thutmose. Loud Luxury also scooped up three 2020 JUNO Awards nominations for ‘Dance Recording Of The Year,’ ‘Fan Choice Award’ and ‘Group Of The Year’ (including one win) following four nominations (including one win) in 2019 as well as iHeart Music Awards nominations for ‘Dance Song Of The Year’ and ‘Dance Artist Of The Year’ in 2020 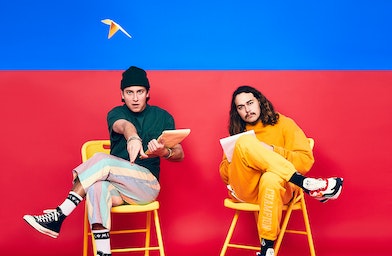 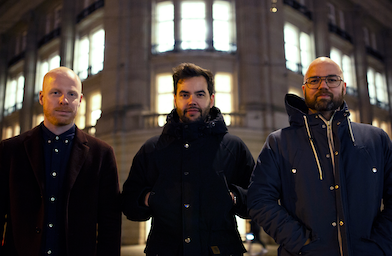