July 9, 2021 – Quality. Infectiousness. Danceability. With Loud Luxury, you already know what you’re in for when they push out with their next single. In the wake of recent offerings such as ‘Red Handed’ featuring Thutmose and a rework of global hit ‘Turning Me Up (Hadal Ahbek)’, the pair continue to impress and magnify the momentum with ‘Wasted’ featuring American duo WAV3POP, a new track taken from their forthcoming, soon-to-be-unveiled EP.

Following on from Thutmose collab ‘Red Handed’, ‘Wasted’ sees Canadian tastemakers Loud Luxury issue another sun-kissed anthem together with up-and-coming L.A.-based act WAV3POP. With a summer-scented vibe, catchy vocals and a feel-good attitude that bolsters its pop appeal, this record is meant to be blasted on repeat all summer long, as is the incredible, high-on-life music video that accompanies it.

"This song is so special to us”, Loud Luxury say. “We still think about the goosebumps we got in the studio that day working with WAV3POP. As the world reopens and the party starts, we hope ‘Wasted’ will be the soundtrack to making up for lost time.”

“This song takes us back to one of those party scenes in an old ‘90s movie when the actor takes a shot of whiskey, looks across the room and locks eyes with an absolutely stunning girl”, WAV3POP add. “‘Wasted’ is the epitome of that moment because it’s about two people vibing so hard with each other they don’t know if it’s real or just the liquor. The crazy thing about it is that it could very well be love and if it is, who would want to waste that?”

With their worldwide smash hit ‘Body’ (feat. Brando), Loud Luxury—who is Canadian duo Andrew Fedyk and Joe De Pace—is officially certified Diamond (10x Platinum) in Canada, 6x Platinum in Australia, 3x Platinum in Switzerland, Double Platinum in Austria, Denmark, U.K. and the U.S., and Platinum in the Netherlands, Norway and Sweden. ‘Body’ also held the #1 spot in the U.S. Mediabase Dance Airplay chart for two weeks, charted in the Top 40 of U.S. Pop radio and the U.K.’s Official Singles Chart (#4) and accumulated over a billion plays across the most popular streaming services. Its follow-up single, “Love No More (with anders)," garnered 12 million streams on Spotify alone in its first month and currently sits at over 140 million plays on the streaming platform, while “I’m Not Alright (with Bryce Vine)” adds to the tally with over 80 million streams. In 2020, the duo released their debut EP ‘Nights Like This’, followed by single releases ‘Like Gold’ featuring Stephen Puth with Frank Walker, ‘Amnesia’ featuring GASHI with Ship Wrek and ‘Red Handed’ featuring Thutmose. Loud Luxury also scooped up three 2020 JUNO Awards nominations for ‘Dance Recording Of The Year,’ ‘Fan Choice Award’ and ‘Group Of The Year’ (including one win) following four nominations (including one win) in 2019 as well as iHeart Music Awards nominations for ‘Dance Song Of The Year’ and ‘Dance Artist Of The Year’ in 2020.

Hailing from respectively Houston, Texas and Atlanta, Georgia, artist/production duo WAV3POP comprises of GR3AT WAV3 and LANTA WAV3. Influenced by top acts such as Outkast, Pharrell Williams, Timbaland and Dr. Dre, the pair have two albums to their name (2018’s ‘MADE IT OUT ALIVE’ and last year’s ‘I Think I Fell In Love’ and performed at music hotspots such as Coachella, Observatory and Gas Monkey, all the while amassing over ten million streams across the most popular platforms. 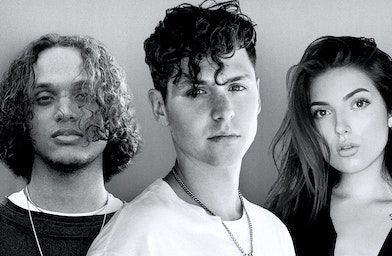 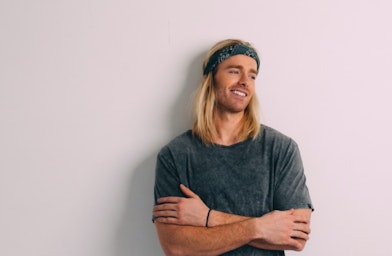 Will Sparks Delivers Hard-Hitting Five-Track Ep: ‘Nothing More, Nothing Less’