Both Joachim Pastor and Joris Delacroix are known throughout the dance music scene for their incredibly contagious club tracks, so it shouldn’t take anyone more than a single attempt to guess what their first-ever collaboration would sound like. Marking the debut release of Joris Delacroix on Armada Music (the internationally acclaimed record label he recently signed with and on which Joachim Pastor has been regularly releasing for the past years), ‘Swaying’ instantly shows the impeccable synergy between their trademark sounds as well as its club-scene-conquering capabilities.

Hotly anticipated by their fans, ‘Swaying’ sees the Frenchmen turn in a highly melodic club track. Stealing focus with the tantalizing synth melody and the elegant arpeggios that run underneath, this record brings listeners a large step closer to the ultimate dance floor high.

Inspired by the works of seminal artists such as Daft Punk, Sonata Arctica and Jean-Michel Jarre, Joachim Pastor’s melodious brand of electronica offers a sense of sophistication not easily found in today’s music world. Designed to make listeners feel with every fiber of their being, the French producer’s music is an expression of emotion with a danceable twist. His sound is now endorsed by hundreds of thousands of fans on Spotify alone, as well as those who have witnessed his performances worldwide at festivals including Dour, Tomorrowland, Paleo, Olympia, Solidays, DGTL, Pleinvrees. Joachim Pastor also released his debut album, ‘Greater Message’, last year, and produced the soundtrack of ‘The Final Season’, documentary covering the ultimate season of eight-time World Rally champion Sébastien Ogier.

A pianist since childhood and an electronic music aficionado by the age of 10, French producer, DJ and live performer Joris Delacroix has cemented his spot within the melodic house and techno space. In additional to recently releasing ‘Unexpected’ and ‘Homie’ on his own label (SmallFishBigSea), he has remixed tracks from the likes of Depeche Mode, Alle Farben, NTO, Tinlicker and OVERWERK, and collaborated with artists such as Oliver Schorries, Teho and now Joachim Pastor. 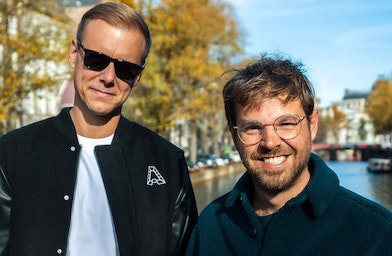 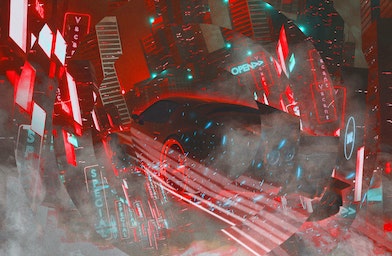