‘Music Means Love Forever’ marks the first collaborative single the long-time friends have created together. The dance music titans already shared stages around the world and even swapped remixes last year when Armin remixed Aoki’s Icona Pop collab ‘I Love My Friends’ and Aoki remixed Armin and Tempo Giusto’s ‘Mr. Navigator’. Following weeks of teasing the new song in their sets this summer, the pair surprised their fans at Austria’s Electric Love Festival by uniting on stage to perform ‘Music Means Love Forever’ live for the first time. The monumental moment is documented via a pair of music videos that arrive today alongside the single. One video showcases the experience through Armin’s perspective, while the other video follows the festival journey from Aoki’s lens, each offering unique day-in-the-life points of view. Fans can tune in to Steve Aoki’s YouTube channel today at 9AM Pacific / 6PM CEST to watch the music video premiere, followed by a YouTube afterparty, where Aoki and Armin will discuss the collaboration.

“After remixing each other’s tracks, Steve and I thought it’d be a great idea to join forces in the studio,” Armin van Buuren explains. “I am a great admirer of Steve and I’m loving our brand-new collab. The title is pretty self-explanatory; music is a universal language and a language of love to many people as well. I can’t wait for everyone to make memories to this track!”

“I’m so excited to share this new track Armin van Buuren and I collaborated on together”, Steve Aoki states. “It’s a song celebrating dance music and all of the emotions that come with experiencing it. We played it out live together at Electric Love Festival this summer in a true celebration of getting to dance together once again.”

To celebrate the release, Armin and Aoki will host special takeovers on SiriusXM’s BPM channel. Tomorrow (Saturday, September 18), fans can tune in to BPM to hear a full day of Steve Aoki’s Remix Radio, Aoki’s channel that features dance remixes of the top pop and dance hits as well as his own original tracks. BPM will close out the weekend on Sunday, September 19 with an all-day broadcast of A State Of Armin, which features the best selections in new and upcoming trance and progressive dance music, as well as classics from both Armin van Buuren and his collaborators from over the past twenty years.

About Armin van Buuren:
Armin van Buuren was voted the #1 DJ in the world for an unprecedented five times. He has ranked in the Top 100 of U.K. magazine DJ Mag for twenty years in a row now with nineteen consecutive Top 10 spots, has seven full-length artist albums to his name and recently hit the incredible milestone of 1000 episodes with his A State Of Trance radio show, through which he reaches 40 million listeners from 80 different countries on a weekly basis. In non-COVID times, Armin van Buuren headlined more than 150 shows per year at leading festivals and venues around the world, including Electric Daisy Carnival (Las Vegas, New York), Ultra Music Festival (Miami) and Tomorrowland (Belgium) plus residencies on Ibiza and in Las Vegas.

About Steve Aoki:
Steve Aoki, the two-time Grammy-nominated producer/DJ is one of today’s most successful American cross-genre artists, collectively counting 2.8 billion music streams on Spotify. As the founder of the trendsetting record label, events/lifestyle company, and apparel line Dim Mak Records, which he founded in 1996, Aoki has helped launch the careers of global acts like The Chainsmokers, Bloc Party, The Bloody Beetroots, The Gossip, and The Kills, among many others. Dim Mak today counts more than 1,000 official releases from the biggest acts and most buzzing newcomers across EDM, indie rock, hip-hop and beyond over its two-decades-plus discography. As a solo artist, Aoki boasts a lauded discography that includes: Wonderland (2012), his debut solo album, which garnered him his first-ever Grammy nomination for Best Dance/Electronica Album; hip-hop centric Kolony (2017), and the Neon Future series, which includes ‘Neon Future I’ (2014, certified gold by the RIAA), ‘Neon Future II’ (2015), ‘Neon Future III’ (2018) and the recently released ‘Neon Future IV’ (April 2020); which has rocketed in streaming to date and received praise from singles such as “Maldad” ft. Maluma and “Let It Be Me” ft. Backstreet Boys. Recognized by Forbes as one of the top 5 world’s highest paid DJ’s and the world’s hardest working DJ, Aoki is “one of the most in-demand entertainers in the world” (Billboard), counting more than 250 tour dates per year. In 2012, Aoki founded THE AOKI FOUNDATION, which primarily supports organizations in the brain science and research areas with a specific focus on regenerative medicine and brain preservation. Most recently, Steve Aoki released his critically acclaimed memoir entitled BLUE: The Color of Noise published by St. Martin’s Press. 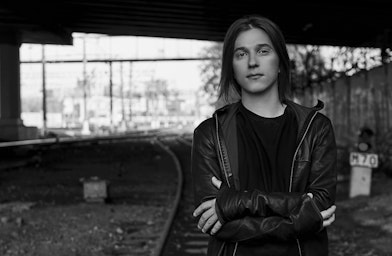 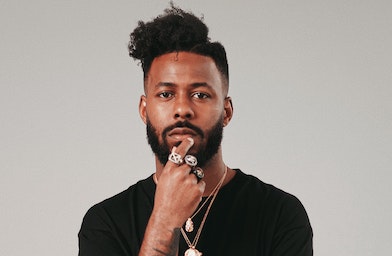