May 6, 2022 – Cat Dealers have been on a roll since the year started, and their recent studio output proves it. While early-2022 releases such as ‘Club Addict’ (with FTampa and Spankox) and ‘Stronger’ (with HRRTZ) continue to thrive across the international dance music scene, the Brazilian brothers are amplifying the momentum with a high-energy rework of Robbie Rivera’s U.S. hit ‘Funkatron’, which already hit #9 in 1001Tracklist’s Trending charts and received support from the likes of Dimitri Vegas & Like Mike, Nicky Romero, R3HAB, Tiësto and Timmy Trumpet ahead of today’s release.

Having already revved up the crowd at Lollapalooza Brazil during the pair’s live set, Cat Dealers’ rework Robbie Rivera’s timeless 2001 classic is what you’d call a peak-time floor-filler. Supporting the raw and undeniably iconic melody with big, groove-heavy drops and a truckload of suspense, this modern rendition of ‘Funkatron’ is the sonic thrill of a lifetime.

“We were searching for a track to work on and create a new version of with a sound that’s more current”, Cat Dealers share. “During our research, we stumbled onto this huge electronic music classic called ‘Funkatron’, which our label, Armada Music, very conveniently had the rights of. So we brought that idea to the A&R team and they told us to work on it. When we had our first demo, they sent it to Robbie Rivera and he liked it and approved it! We then managed to make multiple versions of the song to test in our shows, and it became the track we were able to test the most since the comeback of the shows. We are super excited about this track and the feedback from the fans has been amazing, both on the dance floor and on social media.”

Formed by the brothers Lugui and Pedrão, Cat Dealers are among the three biggest DJs and producers of Brazil and represent one of the biggest names in today’s international electronic music scene. The pair cultivate the second largest YouTube channel of the Brazilian electronic music scene with more than 857,000 subscribers and over 3 million Spotify monthly listeners, and racked up hundreds of millions of streams on Soundcloud, Spotify, Deezer and other streaming platforms in the past few years. They even touched down on all five continents, playing in venues in the United States, China, Japan, South Korea, Mexico, Australia, South Africa, Ireland, Thailand, Vietnam, Myanmar, Italy, Portugal, Poland and even Spain, where they opened for David Guetta at Medusa Festival 2018. The pair also recently sold out their evening show at Marquee NYC (March 18), played at Printworks London (March 4), Cat House Sessions in Miami (March 23) and Lollapalooza Brasil (March 27), and will be performing at EDC Las Vegas and the mainstages of Tomorrowland and Mysteryland coming summer.

Having enjoyed major success in the United States with early-2000s hits such as ‘Feel This 2001’, ‘The Hum Melody’, ‘Burning’ and ‘Which Way You’re Going’ (all U.S. Dance #1), Robbie Rivera brought sexy back to house music and it never left. Today, the Puerto Rican DJ and producer Rivera sits firmly atop the dance music hierarchy, highlighted by a partnership with Armada Music and a slew of releases on Juicy Music, Spinnin’, Nervous, Axtone, Cartel, Doorn, Dim Mak and Ultra Music. Amidst many Beatport #1s and streaming milestones, he has remixed tracks from triple A acts such as Deadmau5, Tiësto, Kaskade, New Order, Clean Bandit, Erasure, Basement Jaxx and David Guetta. 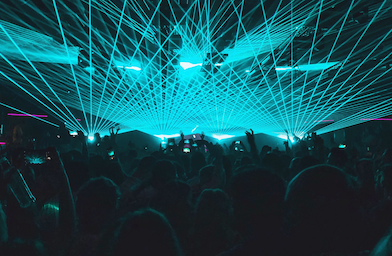 A trip down Ibiza’s memory lane with Armin van Buuren, Chicane and more. 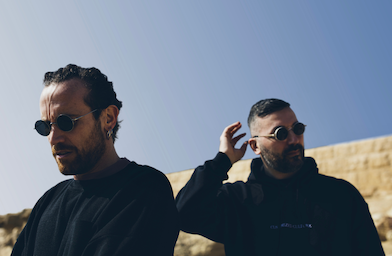 FIDELES TAKE LUFTHAUS’ ‘TO THE LIGHT’ TO A DARKER DIMENSION