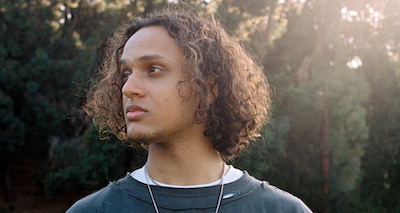 Brando floating around L.A. for a new single: ‘Yes or No’

Following on from a mightily successful 2020 and a brilliant take on Peter Andre’s ‘Mysterious Girl’, Brando is making moves again with his second single of 2021: ‘Yes Or No’. Released on Armada Music, this new single and its accompanying music video are bound to resonate strongly with everyone who’s ever wanted to get clarity on a relationship.

A simple question steeped in global relevance, ‘Yes Or No’ is the next relatable love song in Brando’s carefully curated selection of hit singles. With his remarkable vocals sitting tight atop the playful instrumental and musical hooks, this record will have dance music fans from all over the world nodding in approval.

Brando: “‘Yes or No’ is one of my favorite records. It’s so straight to the point and understandable for anyone that’s been in a relationship where you want someone who’s having second thoughts to stay. I hope my fans can really latch onto it and vibe to it like it’s their own!”

Drawing inspiration from the numerous musical influences he indulged in throughout his formative years, California-based Brando was a major force behind Canadian duo Loud Luxury's multi-million-stream, multi-platinum-selling hit song ‘Body’ (over 800 million streams on Spotify) and Don Diablo’s ‘Congratulations’ (more than 38 million streams on Spotify), the latter of which shot up the U.S. Mediabase Dance Chart through a surge of radio plays. His 2020 single called ‘Look Into My Eyes’, which samples Charles & Eddie’s ‘Would I Lie To You’, spent ten weeks atop Australia’s airplay chart, dethroned The Weeknd’s ‘Blinding Lights’ as most-played song of the year and entered the Spotify Top 200 in Australia, Austria, Germany, Sweden and New Zealand, all while clocking up over 46 million streams across the most popular streaming platforms so far.