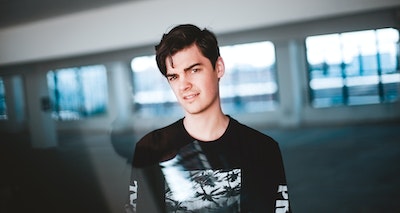 Asher Postman About His Morning Routine And More

It was about time that we sat down with the one and only Asher Postman to get you all acquainted. We talked about his day-to-day life as well as his favorite production tricks and writing process. Read on for the full interview.

A LITTLE BACKGROUND STORY
Asher Postman started making music from the basement of his parent’s farmhouse in Lake Odessa, Michigan. Between his daily chores of cutting the grass, feeding the chickens, and planting crops, he would find time to sneak away to his basement studio to focus on his true passion. Since he didn’t know anyone else who made music and the closest city was 40 miles away, he taught himself how to write and produce by listening to tracks on SoundCloud.

Industry buzz came quickly via his YouTube viral videos, notably 20 million views of Asher’s Walmart Yodeling Kid [Trap Remix] and 10 million views of his Dubai Was Lit [Trap Remix]. These videos, as well as Asher’s unique songwriting and production aesthetic, caught the eyes and ears of Armada Records, and the release of his tracks ‘Say’ and ‘Walk Away’ followed pretty soon after.

What’s the first thing you did this morning?
Read my bible!

How do you get ready to start your day?
I usually eat something small and then work out, and then I make a protein smoothie. Now it’s music time!

So, coffee or tea?
Actually neither.. I’m weird like that

Are you a morning or a night person?
I wish I could be both, but generally I'm up really late producing. Or playing fortnite with my best friend. So night. I always get 8 hours of sleep tho!

What do you do to relax?
Watch YouTube.. Haha but also I go to a local park and longboard or watch the sunset!

What small thing made you smile today?
My turtle Rocco. He’s so friendly and always swims up to me!

What’s your favorite production trick?
Fake ghost distortion. I made it up so I’m not telling how to do it!!

How do you usually start a music session?
It’s the best when I listen to other great music and it gets me amped to do something of my own.

Which track are you most proud of
In terms of emotion, probably my Ember Island remix “Need You (Asher Postman Remix)” Not a lot of people know about it but it’s on Spotify!