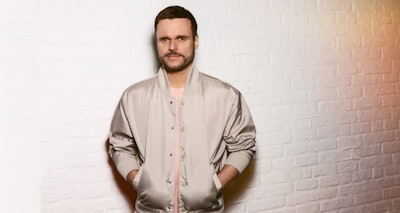 If you haven’t already been screaming like a little girl in anticipation of Tensnake’s upcoming album, now is a good time to get started. There’s a certain charm to the sound of the Hamburg-based tastemaker that keeps you looping back for more as if it’s an all-you-can-eat buffet, and we’re about to get you acquainted with his life’s work so you can dig into the album well prepared.

‘Somebody Else’, the second song to come off of Tensnake’s anticipated summer LP, captures the vibe of the city of Los Angeles in a magical way and is probably the most personal song on his forthcoming album. The first two singles of the album, ‘Automatic’ and ‘Somebody Else’, both highlight a shift to a new-found sound influenced by the L.A. scene. When German producer and vocalist Boy Matthews met in Los Angeles, they wrote ‘Somebody Else’ in one afternoon, giving birth to a track full of pop synths, sublime vocals and electric basslines. It’s almost a bit retro, but the modern vocals of the British songwriter give the track a fresh dimension.

Born Marco Niemerski, Tensnake has a proven track record as an electronic music producer. He first emerged in the mid-2000s with a disco-influenced style and enjoyed his breakthrough success in 2009 when he released his ‘In The End (I Want You To Cry)’ EP. His 2010 release ‘Coma Cat’ launched him even further into the scene, smashing dance floors worldwide whilst becoming a massive hit.

Make sure to listen to Tensnake's new single and don't forget to follow him on Spotify.