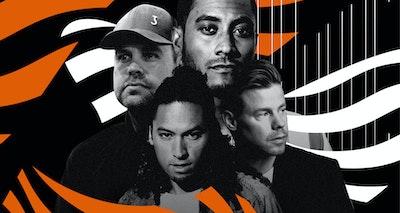 A party of royal proportions, a location fit for a king. With clubs closed and festival grounds deserted, Armada Music is bringing King's Day 2021 to the digital empire with a grand, three-part livestream event at the nearly 400-year-old Heemstede Castle in the Netherlands. From the warm-up set of Sebastian Davidson to a spectacular headline slot for Dutch tastemakers Sunnery James & Ryan Marciano to Ferry Corsten reigning supreme with a stunning closing set, this livestream event is as much a highlight to dance music fans as dining in the castle's Michelin starred restaurant (Restaurant Kasteel Heemstede) is to culinary critics.

Be sure to tune in to the livestream on Armada Music's YouTube, Twitch and Facebook channels on April 27, 7 - 10 p.m. (CEST).

Tune in to the livestream!
Drop your demo