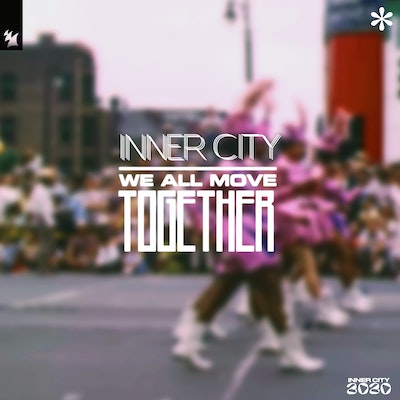 We All Move Together - Inner City

In their continuous quest to lift people up through the power of music, Kevin Saunderson, Dantiez Saunderson and vocalist Steffanie Christi’an delve into the new decade with the release of their first studio album together, and the first released under Inner City in almost 30 years.

Bearing a title that reflects on the ongoing love and connection that music brings to their lives as well as the rest of the world, ‘We All Move Together’ draws on Kevin Saunderson’s consistent drive to elevate, which has been present in him since he experienced the inspirational Paradise Garage in New York at age 17. The album kicks off strong with the eponymous opening track that features very special guest Idris Elba, speaking words of positive messages that continue to purvey throughout the rest of the album, which also includes guest vocals from Detroit’s Zebra Octobra.

After 18 months of studio sessions between touring, ‘We All Move Together’ is finally ready for full release.